Obama’s commutations include 8 from Illinois 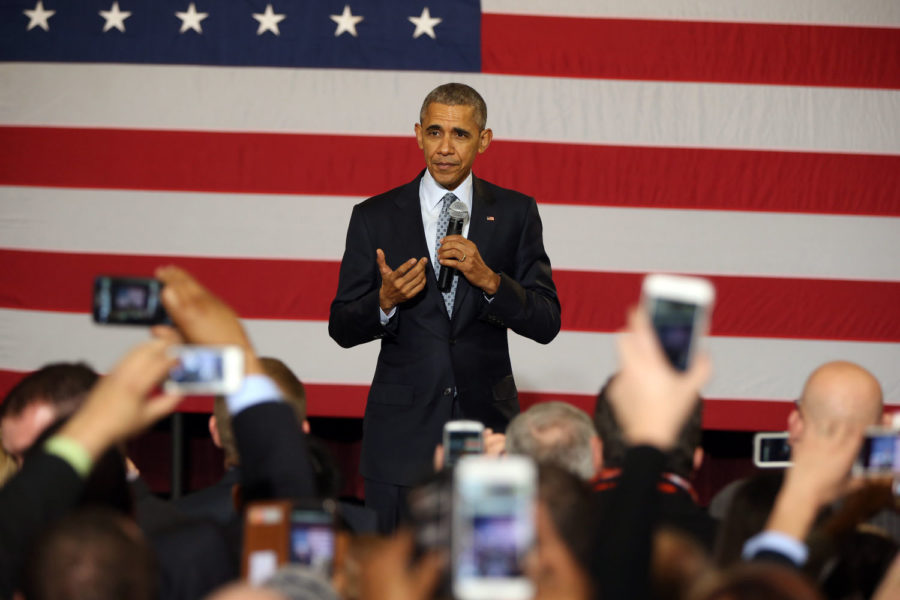 President Barack Obama stops at the Hoogland Center for the Arts in Springfield, Ill., following his speech at the Illinois State Capitol on Wednesday, Feb. 10, 2016. (TNS)

Twenty-four years ago, Chicago’s Rudy Martinez told a judge he turned to drug dealing after seeing how hard his mother worked in a laundry for $45 a week.

Martinez, who was a 26-year-old North Side gang leader when he was handed a life term in 1992, will be free at year’s end thanks to a commutation from President Barack Obama. The 50-year-old inmate of Pekin Federal Correctional Institution will be released Dec. 28, the White House said.

He was sentenced for running a multimillion-dollar cocaine ring that ran from Miami to Chicago to St. Paul, Minn. Martinez was one of 111 federal prisoners — eight of them from Illinois — whose sentences were commuted by Obama on Tuesday.

Obama has granted 673 commutations, more than one-third to inmates serving life. The commutations are more than those from the 10 previous presidents combined.

Another Illinois felon given life had his term commuted to 30 years.

Chicagoan Larry Martin, 57, was sentenced in a drug conspiracy case in 1993.

— Tyrie Bell, 42, of Sauk Village, who was sentenced in 2000 to 30 years for possession of a controlled substance with intent to distribute. He was to be released in 2025 but will be out Dec. 28.

— Ricardo Gallardo, 37, of Rockford, who was sentenced in 2005 to 30 years in prison in a cocaine, heroin and money-laundering case. His term, shortened in 2014, was commuted to 20 years.