Obama arrives in Louisiana to tour flood-ravaged areas, but some say he’s too late 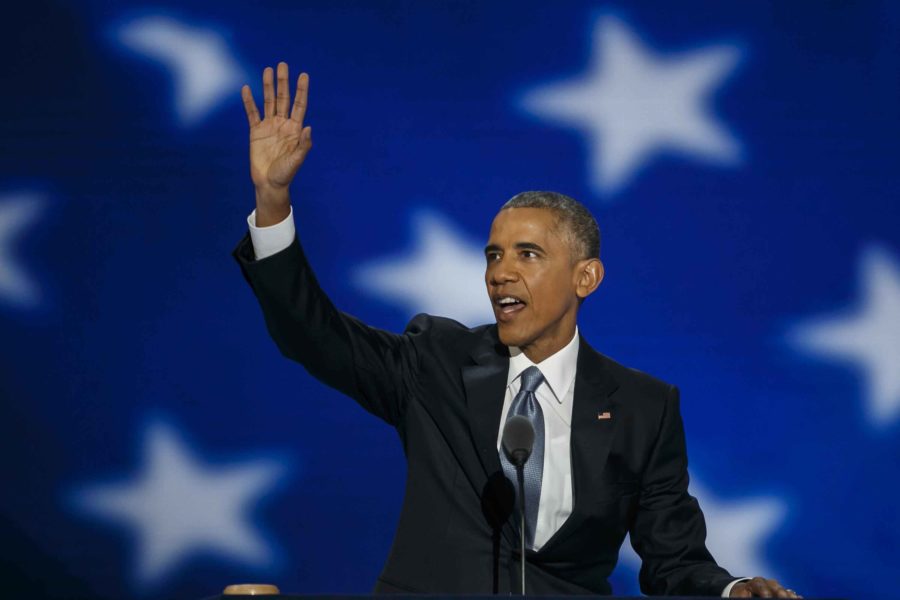 President Obama speaks during the third day of the Democratic National Convention at the Wells Fargo Center in Philadelphia on Wednesday, July 27, 2016. (Marcus Yam/Los Angeles Times/TNS)

Obama has been under pressure for days to visit after flooding killed at least 13 people and displaced thousands from their homes this month. As the rains stopped, Obama was slammed for his decision last week to continue vacationing on the Massachusetts island resort of Martha’s Vineyard.

Now that the immediate emergency is past, Obama wants to see damage firsthand, highlight the plight of residents and talk with local officials about how his administration can help, White House press secretary Josh Earnest said.

“I hope it brings an awareness” of the disaster, Sibley said. “How soon is relief going to start coming? I don’t know if he can get the ball rolling, maybe get some assistance, visit a shelter.”

FEMA officials have not been to her street in the hard-hit Sherwood Forrest area, where a neighbor died during the flooding, one of 13 killed. Sibley, 32, a seamstress who lost fabric and other supplies in the flood, pointed to the high water mark on her house, about two feet high, and at the vacant brick ranch houses surrounding her, some with doors open, still airing out.

“It looks like a war zone in this neighborhood,” Sibley said. “We don’t even know when they’re going to come pick up the trash.”

The flooding in the region has punctuated the city’s trying summer. Last month, 37-year-old Alton Sterling was shot to death by police in Baton Rouge at close range, an encounter captured on video that spawned immediate outrage.

Sterling, who was black, was on the ground and appeared to be subdued by white officers when he was shot. Authorities believe Sterling’s death also inspired a gunman to shoot law enforcement officers in Baton Rouge weeks later, killing three of them.

Obama was also dinged for skipping a trip to Baton Rouge after Sterling’s death.

Local critics were quick to take offense last week when Obama did not leave his vacation to go see the flooding damage.

To be sure, Katrina caused damage on a much larger scale than the recent flooding; the hurricane killed at least 1,400 and was the costliest natural disaster in U.S. history.

On Friday, Republican presidential nominee Donald Trump toured the flood-damaged neighborhoods, and residents praised him publicly and asked why neither Obama nor Trump’s rival, Hillary Clinton, had also hastened to their side.

“Obama should have gone to Louisiana days ago, instead of golfing. Too little, too late!” Trump tweeted Tuesday as Obama was on his way to the state.

Earnest said Obama waited to see the flood damage out of respect for law enforcement officials, not wanting to pull them off of their immediate emergency work in order to provide security for a presidential visit.

White House officials believe the public will tolerate a short delay in a presidential visit to the site of a natural disaster as long as the federal government’s response is effective. Obama has made emergency management and response “a top priority,” Earnest said Monday.