Editorial: Both parties need plans for Illinois, not rhetoric 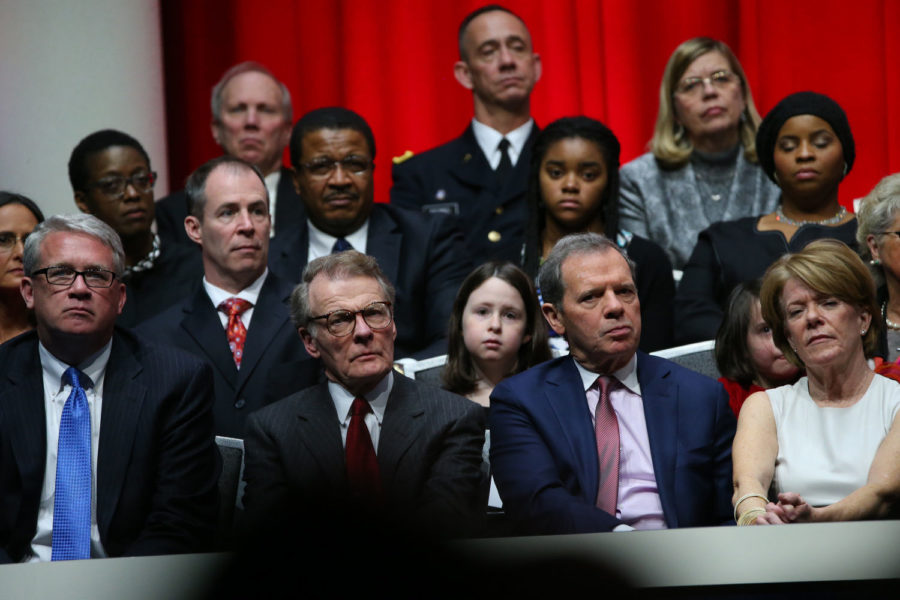 By The State Journal-Register

We’d like to interrupt this Illinois campaign season before it shifts into high gear with a public service message.

After November, the state still needs to be run.

The stopgap budget passed at the end of June was a Band-Aid at best on the state’s fiscal gaping wounds. Lawmakers still are going to have to figure out what to do to stanch the Illinois’ current state of spending more than it’s taking in, and those resulting choices aren’t going to be pretty.

The state’s pension obligations are still ballooning. Think one party, either party, can fix it alone? Think again.

Don’t forget that the stopgap came after lawmakers and Gov. Bruce Rauner went to the brink again after a year-long standoff that left the state without a budget at all. Compromise will be needed, but voters can be forgiven if the campaign rhetoric flying at last week’s State Fair political days has them a little disheartened about whether that can happen.

Antagonists Rauner and House Speaker Michael Madigan were at it again, with the same themes. Rauner didn’t mention Madigan by name, but made it clear who he meant when he hammered about a “political machine.”

Madigan, the next day, returned the favor.

Make no mistake. While political season is underway, no substantive work towards actually fixing the state’s problems appears to be getting done. And that is where the voters are the losers, no matter the outcome in November.

Campaigns always involve rhetoric meant to stir up the faithful. We get that. But after Nov. 8, the people saying bad things about each other still have to try to come up with solutions.

Here’s what voters can do: If you interact with a candidate, see if he or she can come up with talking points beyond the evils of the other party.

Elections are job interviews — demand that your candidates explain what they can do and how they’ll seek solutions, instead of just telling you why the other guy messed things up.

The voter’s go-to question needs to be “Why?” Candidates should be prepared to provide evidence for their positions beyond “trust us” talking points.

Put the presidential race aside for a moment; it’s its own crazy animal this year. In Illinois, races at the state level are critical, given the issues facing Rauner and the Legislature.

Harsh campaign rhetoric and sound bites might be entertaining, or stirring for the party faithful.

But both parties fell short last week of telling voters what they ought to demand to hear.