Column: Lochte, do yourself a favor and tell the truth 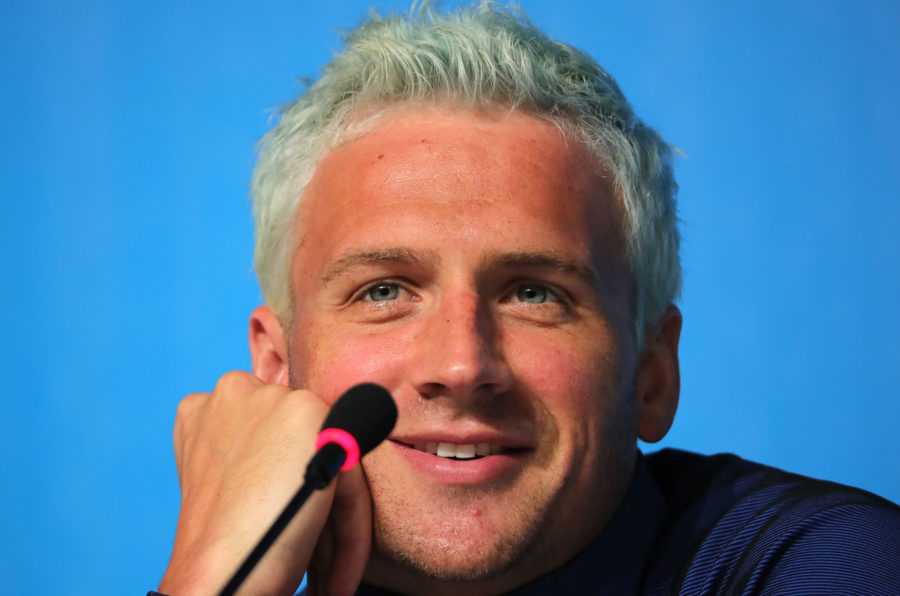 U.S. Olympic Swimmer Ryan Lochte is seen during the Swimming Press Conference of team USA at the Main Press Center at Olympic Park Barra prior to the Rio 2016 Olympic Games on Aug. 3, 2016, in Rio de Janeiro. (Michael Kappeler/DPA/Abaca Press/TNS)

The 2016 Rio Olympics have been a huge success despite worries the Brazilian city wouldn’t be well equipped to host the games.

Regardless of the rumored conditions, the U.S. swimming and diving team was expected to come away with quite the medal haul and did so. Katie Ledecky looked unbeatable and Michael Phelps completed in what he says is his final Olympic Games.

But as the games closed Sunday it won’t be those two people will talk about.

They’ll be talking about Ryan Lochte. Unfortunately for all the wrong reasons.

Lochte and three of his teammates were on their way back to the Olympic Village via taxi when they were supposedly stopped at a gas station and robbed at gunpoint by men wearing police badges, who took their wallets and passports, Lochte told USA Today.

Then a video from the gas station camera showed four members of the U.S. swim team breaking down a bathroom door and fighting with a security guard.

Thursday, Lochte changed up his story slightly, saying they were robbed after they stopped at the gas station.

Outside of the four swimmers, no witnesses have come forward saying the robbery did indeed happen.

While officials attempted to piece together what happened, Lochte left the country to return to the United States. Meanwhile, his teammates Jack Conger and Gunnar Bentz were taken off their flights and detained by Brazilian authorities until they testified.

Lochte tweeted an apology Friday, saying the language barrier and having a gun pointed at him escalated the situation as he was being asked to hand over money.

So far Lochte has claimed he’s telling the truth.

Ryan Lochte is a fantastic swimmer. He is easily the second best behind Phelps with 12 medals during three Olympics. And I’m sure overall a great human despite his failed reality show, but this is ridiculous.

You’re a representative of your country on the world’s biggest stage. And you can’t tell the complete truth.

How the events truly unfolded is not perfectly clear right now, but it appears the story was fabricated to cover up a drunken brawl.

Lochte’s apology seems genuine at a glance but, like Tiger Woods’ televised apology after his sex scandal, it just seems rehearsed.

Meanwhile, while Lochte is back home, his teammates are paying the price. He knew the price he was going to pay if what actually happened got out.

While his teammates were being detained in Brazil, Lochte was doing an interview with journalist Matt Lauer, saying he “over-exaggerated” the situation. You think?

Be a man and take responsibility for your actions. You’re 32 years old. You’re not a child.

I would have much more sympathy for him if he had just said, “Hey. We were intoxicated and mistakes were made. I am truly sorry. I will accept any punishment I receive.”

What they did was childish and wrong, but at least then he doesn’t look like a total bad guy.

I’m not saying the punishment should be insanely harsh. Their gold medals shouldn’t be taken away and they should still be allowed to represent Team USA.

But this will follow these men around for awhile. Jokes will be made and the media will not forget. That should be punishment enough. Let them live with the guilt of this debacle.

As for Lochte, do yourself a favor and just tell the truth. Don’t be that guy who makes the situation worse by the day. You’ve already lost two of your biggest backers in Speedo and Ralph Lauren.

If you can’t have your credibility at least leave with some dignity and self-respect. The precedent you’ve set for young swimmers and athletes alike is that it is OK to lie to police. Talk about a smack in the face to the country of Brazil, who was gracious enough to host you and your teammates.

Lying isn’t OK and the embarrassment you’ve caused is not just on yourself, but an entire nation of people who look up to you.