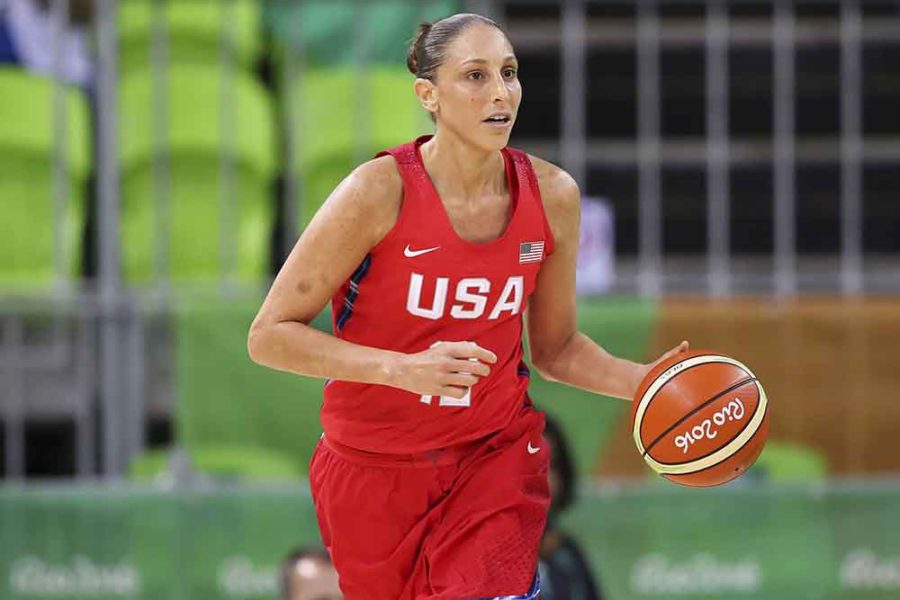 Diana Taurasi moves down the court during their game against Spain for the second round Group B in Rio 2016 at Youth Arena on Aug. 8 in Rio de Janeiro, Brazil. (Rex Shutterstock/Zuma Press/TNS)

RIO DE JANEIRO — There never was a doubt.

The U.S. women’s basketball team dominated on its way to a sixth consecutive gold medal, clinching its latest one with a 101-72 victory over Spain on Saturday.

The U.S. didn’t have to sweat on their path to the gold after defeating their opponents by an average of 37.3 points over eight games.

Diana Taurasi, Sue Bird and Tamika Catchings each collected their fourth gold medals, joining Lisa Leslie and Teresa Edwards as the only four-time gold medalists in basketball — men’s or women’s.

Bird returned from a sprained knee that kept her out of the semifinals to score three points.

It only increased from there. Taurasi, who had a stellar Olympics for the U.S. finished with 17 points, including five 3-pointers.

Maya Moore, also a standout for the U.S. had 14 points, five rebounds and six assists.