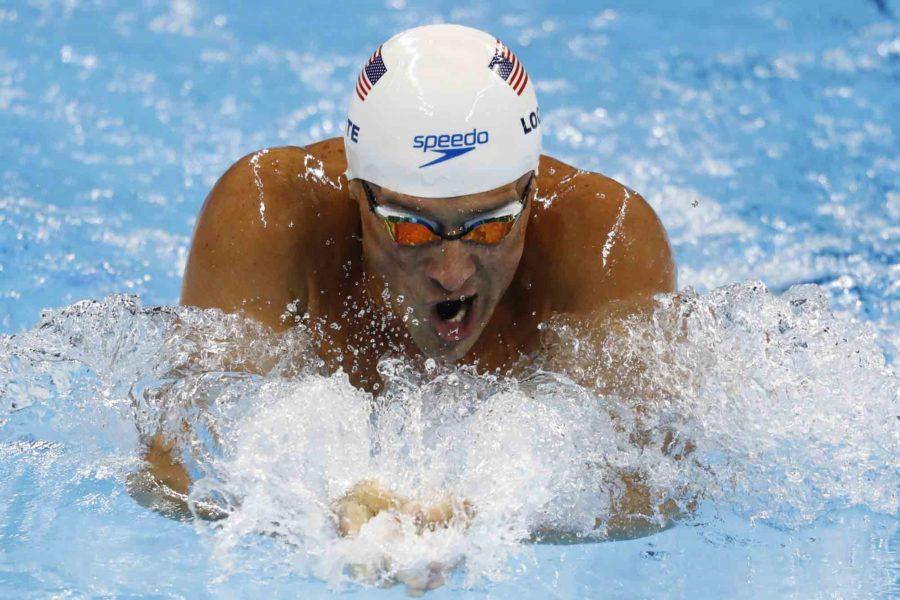 USA's Ryan Lochte during the qualification round of the 200m medley men in the swimming event in Olympic Swimming Pool on Aug. 10, 2016 in Rio de Janeiro, Brazil. (Henri Szwarc/Abaca Press/TNS)

By George Richards | The Miami Herald

Ryan Lochte said he was sorry for his “behavior over the past weekend” on a statement posted on his Instagram account Friday.

Lochte, 32, is being accused by Brazilian police for fabricating a story about being robbed in Rio de Janiero while at the Olympics early Sunday morning.

Brazilian police chief Fernando Veloso did confirm part of Lochte’s story in which a security guard pointed a gun at Lochte and three U.S. swimmers after they damaged a bathroom at a gas station in the Rio suburb of Barra de Tijuca.

“Regardless of the behavior of anyone else that night,” Lochte wrote, “I should have been much more responsible in how I handled myself and for that am sorry to my teammates, my fans, my fellow competitors, my sponsors, and the hosts of this great event.”

While Lochte said he was robbed at gunpoint, the Brazilian police say he was just detained.

Lochte and his group did pay an estimated $70-US for the damage caused after being confronted by the armed security guard.

Lochte wrote it was “traumatic to be out late with your friends in a foreign country — with a language barrier — and have a stranger point a gun at you and demand money.”

On Wednesday night, Fort Lauderdale-based attorney Jeffery Ostrow released a statement continuing to defend his client writing if Lochte had a gun pulled on him in the United States, it would be considered a robbery.

“[Brazilian authorities] have failed to acknowledge that the robbery actually took place,” Ostrow wrote. “A gun was pointed at the swimmers and they were forced to get out of their cab and give up their money. No matter what happened at that gas station, the swimmers were robbed by people with a gun appearing to be law enforcement. No matter what country you are in that is robbery and robbery is a serious crime.”

When the initial story broke, Lochte said his group attended a birthday party at French Club and left in a taxi early Sunday morning. Lochte told NBC on Monday his cab was pulled over “and these guys came out with a badge; a police badge” and robbed them at gunpoint.

“They pulled out their guns,” Lochte added, saying although his teammates hit the ground when told to, he refused. “I said ‘no, we didn’t do anything wrong.’ And then the guy pulled out a gun, cocked it, and put it to my forehead.”

NBC’s Matt Lauer said Wednesday that Lochte recanted that part of it in a conversation the two had.

On Wednesday, a Brazilian judge ordered the passports of Lochte and Jimmy Feigen be seized although Lochte had already left Brazil and had landed in his home in Charlotte, North Carolina.

The other three U.S. swimmers who were detained in Brazil, however, were either home or on their way back to the United States by Friday.

Lochte wrote his teammates “being home safely” is why he waited on issuing a statement.

Lochte swam at the University of Florida and has won 12 Olympic medals in his career including six gold. Lochte was part of the gold-winning 4×200 freestyle relay team last week.