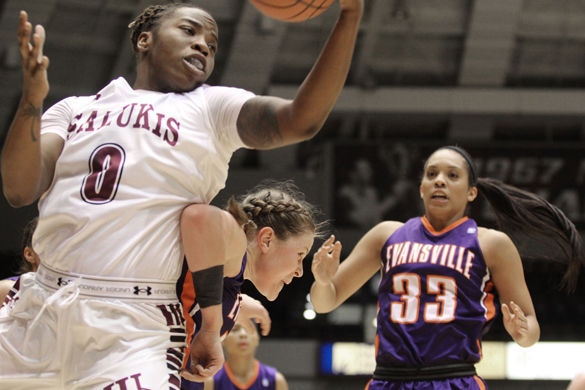 Pierre signed a deal Wednesday with Finnish Äänekosken Huima in the Naisten Korisliiga league, the highest level of women’s basketball in the European country.

“I want to thank Southern Illinois University, Coach Stein and all of my coaches, my agent at Merit Management Group and my teammates for this opportunity to continue my basketball playing career,” Pierre said in a press release.

Pierre served as one of the catalysts to turn a 7-24 program her freshman year into a 20-13 program last season, reaching the postseason for the first time in nine years.

She also ranks first in SIU history in career rebounds with 1,218 and blocks with 162.