Salukis give game to SEMO 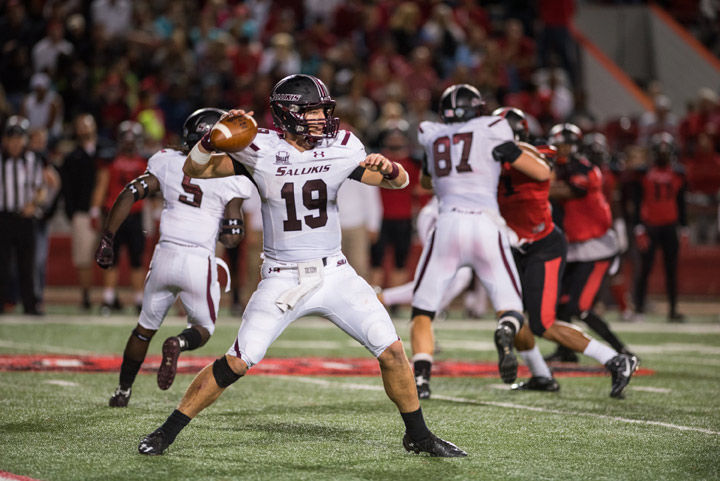 The SIU football team turned the ball over seven times Saturday in a 27-24 loss at Southeast Missouri State.

Junior wide receiver Billy Reed said the Salukis’ sloppy play was too much to overcome.

“No matter how good your offense is, if you turn the ball over that many times, you shouldn’t win a football game,” Reed said. “Tonight, we didn’t deserve to win the game.”

SEMO took over at the Saluki 49-yard line with 52 seconds left in regulation after SIU (0-2) punted deep in its own territory. McCrum’s 42-yard field goal with five seconds remaining gave SEMO (1-1) its first win.

SIU gave up the ball four times in the first half, on two interceptions by senior quarterback Mark Iannotti and two fumbles by sophomore wide receiver Connor Iwema.

SEMO scored both its first half touchdowns on defense, returning an interception and fumble.

Iannotti threw two touchdown passes and ran for another in the first half. His 18-yard throw to freshman wide receiver Darrell James with 29 seconds remaining in the first half gave SIU its first lead of the game.

The Redhawks’ first offensive touchdown of the night tied the score at 24, where it remained for most of the fourth quarter.

Redhawk junior running back DeMichael Jackson finished with a game-high 186 yards on 30 carries.

Reed led all receivers with 112 yards on six catches.