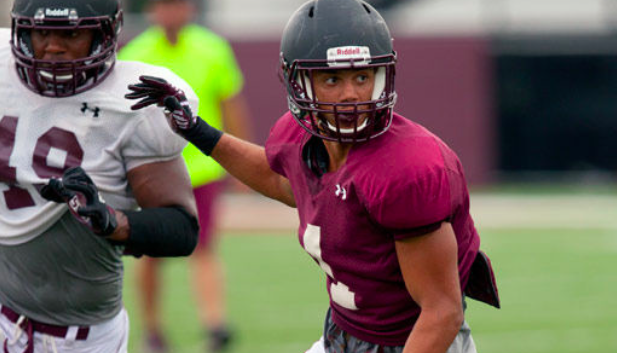 Injuries, positional depth and competition left these players with a lone year of eligibility to make their mark on a program.

Israel Lamprakes, a fifth-year wide receiver, suffered an anterior cruciate ligament tear in his second year at SIU that required two surgeries. While healing his knee, overcompensation led to a hamstring injury.

“[This season] means everything,” Lamprakes said. “Realizing this is it, I’ve been here five years and this is the first year I can play … I’ve played football all my life, it’s my number one love besides family.”

Lamprakes is the team’s fourth-most used receiver with eight receptions for 62 yards heading into Saturday’s game against Western Illinois.

“With surgeries like that, you gotta do some stuff on your own and it took me that long to realize I have to do better,” he said. “I have to do what the trainers tell me.”

Fellow fifth-year player tight end Adam Fuehne did not suffer injuries, but was behind current Minnesota Vikings tight end MyCole Pruitt on the depth chart for three years after his redshirt season.

Fuehne said playing with Pruitt was a valuable experience.

“We were together every road trip so we talked before every game,” he said. “[Pruitt] taught me a lot about preparation, since out of high school you don’t really know about that kind of stuff.”

Fuehne said the wait was hard to deal with because he was not playing as often as he wanted.

“My first year of college, [Trinity] didn’t have a punter,” he said. “I was kind of put into that role, so it was a good learning experience as I was able to sit back as the backup and learn a little bit more about my form and everything.”

Mathewson said he worked on his form, observed professional punters and changed his game en route to become this year’s starter.

“It was a big boost to see how all the work I’ve put in the last three to four years pay off,” he said. “It makes me really excited for my last year of football.”