Campus Lake through the years 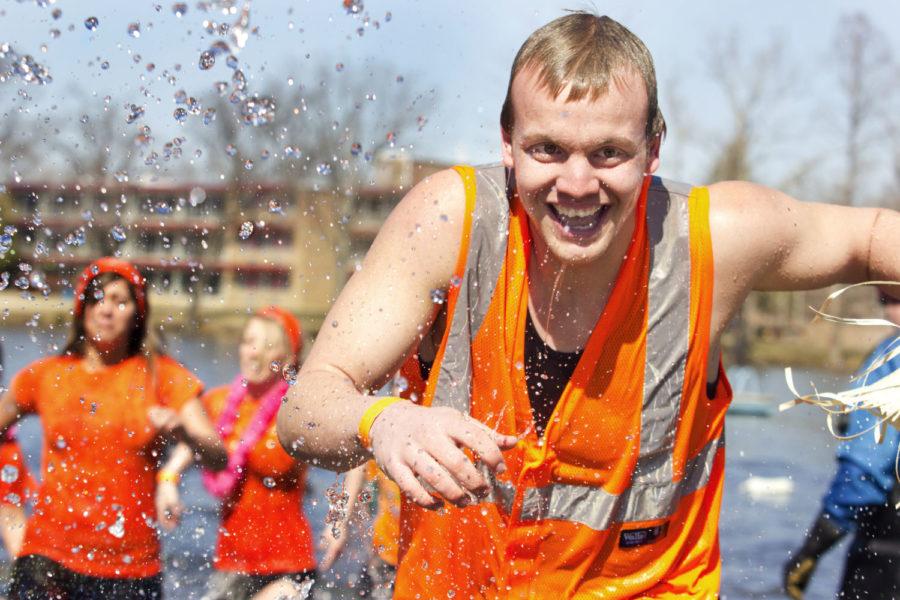 Campus Lake is as rich in history as it is in nutrients — the cause of increased toxic algae in the water.

The lake, originally created in the 1880 as a local ice supply, now plays a different role in the community.

SIUC bought the body of water on the west side of campus from the Thompson family in 1955. Delyte W. Morris, the university’s president from 1948 to 1970, developed the surrounding area by having trees and the paved path added to what used to be farmland.

“He bought the lake primarily as recreational use for students to have something to do after class,” said Phil Gatton, director of Plant and Service Operations.

As a recreational area, the lake became a boating and fishing spot. At one point, students and community members could cool-off by taking a dip in a beach area.

Usage of the lake has changed slowly as much as its name: Originally called Thompson Lake, it was later renamed Lake on Campus and is now known as Campus Lake.

In an attempt to eliminate problematic silt build-ups, the lake was dredged, deepened and a dam was added in 1956, according to “Experts differ on care for SIU lake,” a 1977 Daily Egyptian article. Now roughly 40 acres, the project significantly increased the lake’s size.

The following year construction of Thompson Point began around the lake’s edge, and both became a fixture of student life.

The first Cardboard Boat Regatta was organized in 1974 by Richard Archer, an assistant professor for the School of Art and Design.

Every spring, people construct cardboard boats to race across the lake — now in its 42nd year, the tradition has stood the test of time.

In 1976, polychlorinated biphenyls, a group of fluids used in industrial equipment, escaped from an electrical transformer into Campus Lake. Tests did not indicate PCB levels high enough to cause reason to close the lake at the time, John Meister, a previous director of SIUC Pollution Control told the Daily Egyptian in the 1984 article, “Lake ecology OK, director says.”

SIUC announced it received a $75,000 grant through the Illinois Environmental Protection Agency as part of the EPA’s Clean Lakes Program in April 1997. Funded by Conservation 2000, the program was a state initiative aimed at protecting Illinois’ natural resources and expanding outdoor recreation.

The Doc Spackman Memorial Triathlon was one of these recreational activities, first occurring in the early 1980s. The bicycling, running and swimming event partially took place in Campus Lake.

In 1986, the Polar Bear Club was formed. The club started the “Polar Bear Plunge,” an annual tradition of running into the often-cold lake every spring to raise money for Special Olympics Illinois. The 2015 plunge raised nearly $55,000.

On Oct. 3, 2014, the university closed Campus Lake because of toxic algae blooms. This also shut down the boating dock on the lake and the swimming portion of the 32nd annual Doc Spackman Triathlon.

SIU closed the lake again for the same reason on June 19 of this year. It remains closed until further investigation on the health of the lake is completed.

Anna Spoerre can be reached at [email protected] or @ASpoerre_DE