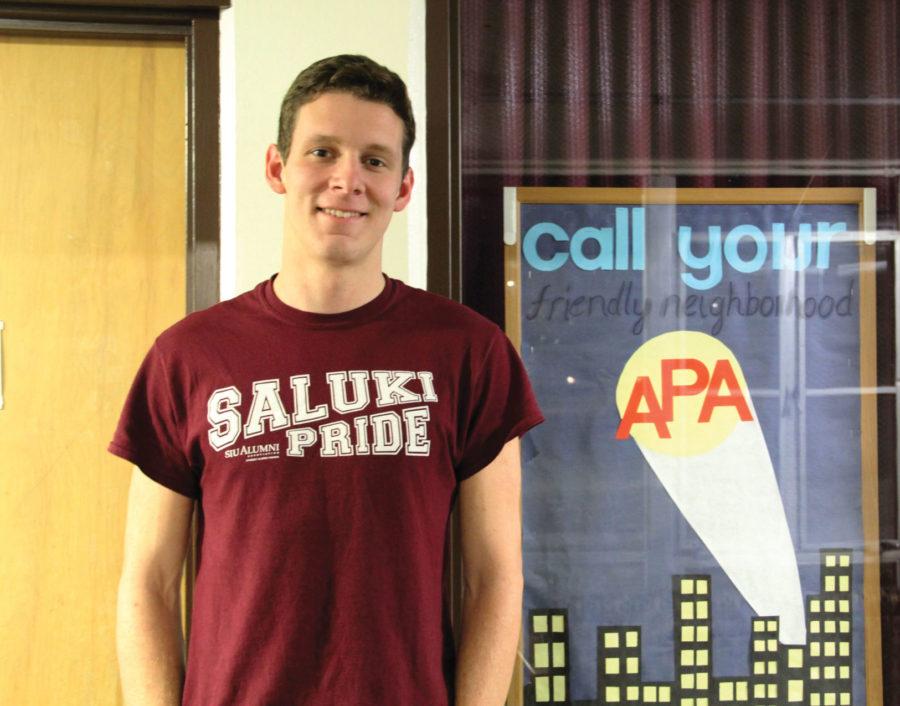 APAs are responsible for planning programs to help residents with academics. They include study sessions and performing interventions for students with academic problems. The advocates receive room and board, along with a stipend.

The university hired 32 advocates this semester. One more will be added in Wall and Grand next semester.

“The APA position is a very important part of a larger movement towards focusing on retention,” said Ethan Johnson, a graduate assistant for academic initiatives.

Johnson is responsible for supervising the advocates and assigning help for struggling students.

Johnson said the advocates do not have access to students’ grades or attendance records, but they are sent a list of ‘students of concern.’ There have been more than 1,000 interventions so far this semester, Johnson said.

However, students do not have to be in need of an intervention to meet with their advocates.

Galaway said he likes sharing his own experiences and advice with new students.

“This has helped me relate to people more positively when it comes to different conversations,” he said.

He works between 10 and 35 hours a week, depending on how many interventions he has.

Cecelia Cox, a freshman from Rockford studying business management, said when she was struggling with a math class, her APA helped her find study sessions and a tutor.

Jamie Gustafson, the APA for Brown and Steagall Halls said, “Sometimes students can be shy and hesitant to go to resources to get help with their classes. Having an APA brings resources to students and encourages them to use them.”

Gustafson, a sophomore from Oak Forest studying human nutrition and dietetics, said the job has benefited her own studies.

“It keeps me on track and it keeps me accountable for my own things,” she said.

It is still difficult to directly measure the success of the program, Johnson said. Scally said housing will continue assessment and changes of the program as the year goes on.