Scouting the Cougars and Mean Green 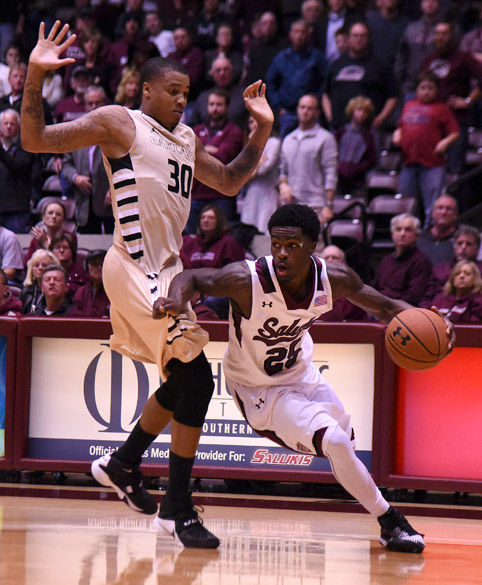 This week, the Salukis take on their sister school and a familiar foe from last week. Here’s how they teams will matchup:

The Salukis (8-1) have never lost to the university’s sister school, having won all seven matchups in the teams’ history.

The Cougars (1-7) have had a rough start to their season, losing seven straight games after opening the season with a win against Arkansas State on Nov. 13.

What offense the Cougars do produce comes mainly from junior guard Burak Eslik and senior forward/center Grant Fiorentinos. The two average 13 and 12.4 points per game, respectively.

The 6-foot, 10-inch Fiorentinos may create matchup problems for SIU, as the Salukis don’t have much size to defend him.

This game will be SIU’s second with the Mean Green (2-6) in eight days. The Salukis won the matchup Saturday in Denton, Texas 95-63.

Senior guard Anthony Beane was 11 for 14 from the floor, finishing with 27 points. Junior guard Mike Rodriguez and junior forward Sean O’Brien also had double figures for the Salukis with 12 and 10 points, respectively.

The Salukis shot 67.9 percent from the floor in the game, compared to North Texas’ 46.2 percent.

SIU’s guards dominated the game, scoring 65 of SIU’s 95 in the contest.

Three-point shooting was the difference between teams during Saturday’s contest as SIU converted 10 of 15 shots while North Texas converted two of 18.

Scoring distribution was a strength for North Texas in the previous game. Eleven Mean Green players had playing time and 10 scored.