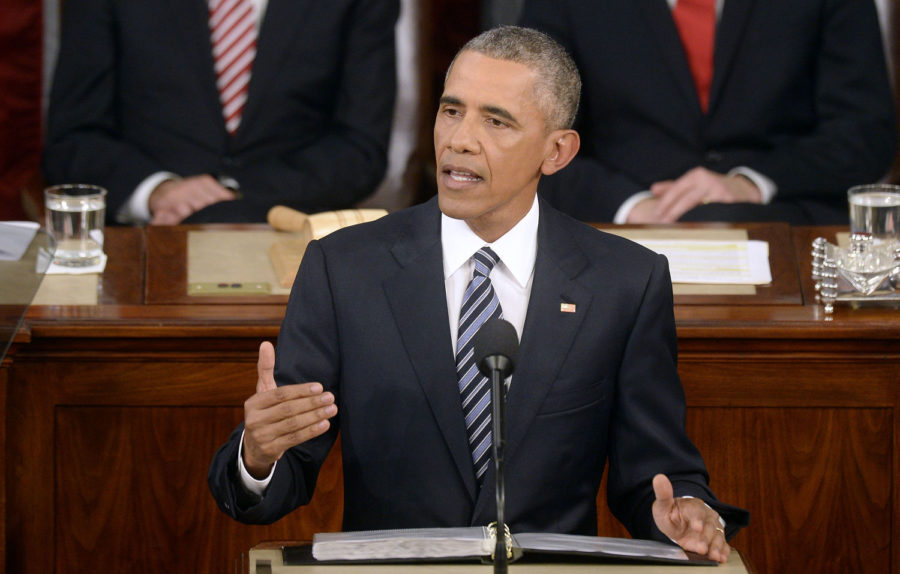 President Barack Obama said that while the nuclear agreement with Iran doesn’t resolve all conflicts between the U.S. and the Islamic Republic, it is a vindication of his emphasis on using tough diplomacy rather than military confrontation.

“This is a good day,” Obama said Sunday. “Because once again we’re seeing what’s possible with strong American diplomacy.”

Obama spoke after a plane carrying a group of Iranian-Americans who had been held as prisoners in Iran left the Islamic Republic, and a day after the implementation of an agreement to curb Iran’s nuclear weapons development.

The implementation of the agreement and the release of the prisoners is a milestone for Obama, who has argued that his approach of hard-nosed diplomacy backed by onerous sanctions succeeded in keeping the U.S. out of a military conflict in the Middle East. The nuclear deal capped more than two years of wrangling between Iran and the U.S., China, Russia, Germany, France and Britain.

Over multiple presidential administrations and through the Cold War, “the United States has never been afraid to pursue diplomacy with our adversaries,” Obama said.

The deal isn’t the end of tensions between the U.S. and Iran. The U.S. Treasury Department on Sunday announced sanctions against 11 companies and individuals for their ties to Iran’s ballistic-missile program. And while the nuclear agreement lifts international sanctions, other penalties imposed unilaterally by the U.S., for Iran’s missile development and support for terrorist groups, remain in place.

Obama said the U.S. and its allies will be “steadfast” in confronting Iran over actions to destabilize the region, and its threats to Israel, which opposed the nuclear deal.

U.S. officials said on Saturday that completion of the prisoner swap deal and the verification of the nuclear deal weren’t linked. An administration official said, without elaborating, that detained U.S. citizens had been released and those who wished to depart Iran had left.

The U.S. in turn offered clemency or pardons to seven Iranians, six of them dual U.S.-Iranian citizens, who were convicted or awaiting trial in the U.S. None was associated with terrorism-related offenses or violent crimes, according to the administration.

Those released were Jason Rezaian, the Washington Post reporter imprisoned since July 2014, pastor Saeed Abedini and former U.S. Marine Amir Hekmati. A fourth prisoner, Nosratollah Khosrawi, whose detention had not been previously announced, wasn’t on the plane, the New York Times reported. The reason wasn’t clear. A fifth American, Matthew Trevithick, was released independent of the exchange, his family said in a statement issued through the U.S. Institute of Peace.