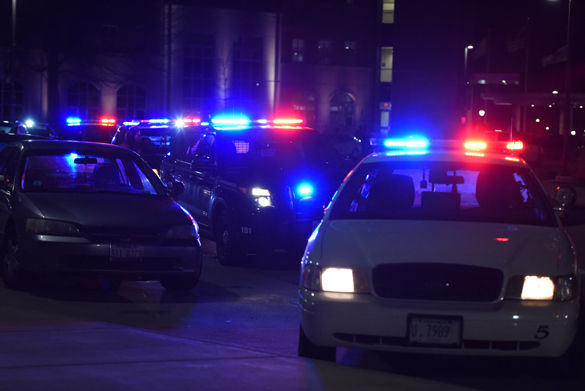 Hundreds of people ran from the Student Center on Friday after a small fight broke out during an on-campus event organized by the Alpha Phi Alpha fraternity.

SIU Police responded to an emergency call concerning a fight in progress about 9 p.m. Friday in the Student Center Ballroom. No one was hurt and no one was arrested at the event, SIU Police Sgt. Chad Beights said.

Police asked participants to leave about 45 minutes before the event was scheduled to end for safety reasons, Beights said. He estimated more than 750 people were in attendance. Police do not know how the fight started.

“[The perpetrator] was being very disrespectful and he single-handedly ruined the whole event,” said SIUC Student Trustee Allen Shelton, who coordinated the function and witnessed the fight.

Shelton said the scuffle was a minor altercation and the instigator triggered panic among attendees by “being very loud.” He added that it was disappointing to see an event he planned to bring the community together go sour.

“We have a long history of having events in the Student Center with no problems at all,” Shelton said. “All it takes is one bad apple to ruin the whole bunch.”