Colwell to Higher Learning Commission: ‘We do not plan to close’ 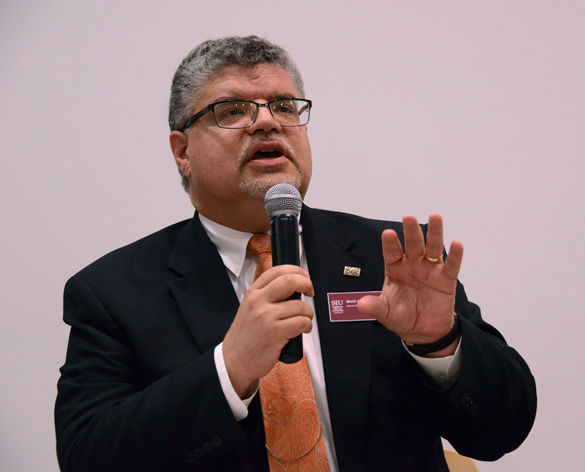 Interim Chancellor William Bradley Colwell informed the university’s accrediting agency by letter last week that officials do not plan to close SIUC in the coming months.

The Higher Learning Commission asked all 12 public universities and community colleges last month to submit detailed plans if they expect to close or suspend operations in spring 2016 because of the on-going state budget impasse. Colwell shared his response with university employees via email Thursday.

“No public university can operate entirely without state support, but SIUC can do so for the rest of the fiscal year,” Colwell wrote. “We do not plan to close.”

But the budget impasse has depleted a large portion of the university’s liquid reserves, Colwell said. He said as of Jan. 31, the Carbondale campus had about 43 percent less cash on hand than it did during that time last year.

“The university has incurred more than $92 million in salary expenses that will be paid using appropriated funds in the event of a state budget resolution,” Colwell said.

SIU President Randy Dunn informed employees via email Wednesday that he is asking budget staff to draft plans in response to the governor’s proposed $40 million spending reduction in fiscal year 2017. The Carbondale campus would lose $25.4 million under that plan.

A call to Dunn’s office requesting additional details on the cuts and what could happen if a state budget is not approved by Dec. 31 was not returned as of Friday afternoon.

Charles and Dunn will appear before an Illinois Senate committee for higher education appropriation on March 10 to detail the financial state of the SIU system.