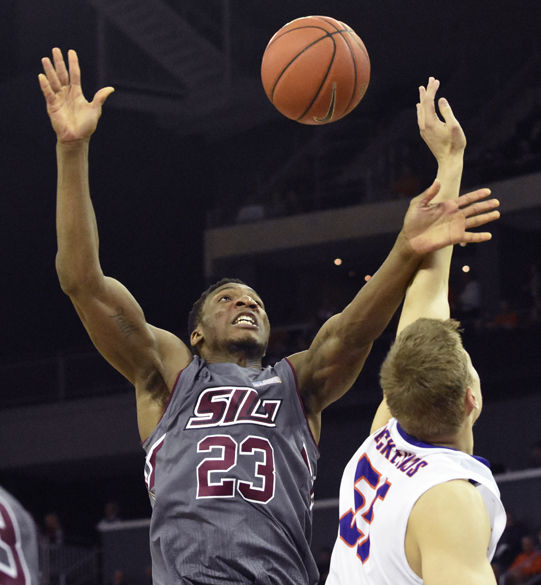 Much like the opening sentence of Charles Dickens’ historic novel, Saluki basketball’s season has seen the best of times and the worst of times.

SIU men’s basketball alternated winning and losing streaks for its last 14 games of the regular season, before ending it Saturday with a win. The inconsistencies must shape up as the Dawgs prepare for Arch Madness, which begins Thursday.

SIU begins the tournament playing Northern Iowa (19-12, 11-7 MVC). The Dawgs beat the Panthers 75-73 in the their first meeting Jan. 2. The second matchup, however, did not go the Salukis’ way.

Northern Iowa won 67-58 in Cedar Falls, the second loss during the Dawgs’ four-game losing streak to end January and begin February. Coach Barry Hinson’s team had started 7-1 in conference play before the string of losses.

UNI enters the tournament playing some of its best basketball of the year. The Panthers are 9-1 in their last 10 games, including at 14-point win at Wichita State, which is the No. 1 seed in the tournament for the fourth time in five years. In those 10 games, UNI has an average winning margin of 9.3 points per game.

SIU finished the season 8-7, and even though it’s not a bad record relative to past seasons, that rough patch dropped the Salukis from the No. 2 spot in the conference to the No. 5 spot.

Contrary to when the team was rolling earlier in the season, it has been slow out of the gate the past two games.

The Salukis scored 15 points in first half against Illinois State Feb. 24, and 30 points Saturday against Missouri State. In the two contests, they shot 20 percent and 25 percent from the field respectively — the two lowest field-goal percentages in a half all season.

Moreover, SIU is 4-6 in the past 10 games, scoring 3.5 less points than the opposition per game.

It’s difficult to beat a hot opponent when your team can’t find a groove offensively.

The 48 points scored in the second half of the Missouri State game was the most points the Salukis scored in a half since Dec. 18 when they put up 52. SIU has scored more than 50 points in a half three times this season — all of which came in nonconference play.

Luckily, SIU is coming off an impressive second half against Missouri State and a six-day break from game play. The Dawgs could spring into the semi-finals if they can find the scoring touch they had the first time they played the Panthers — if not, it could be short tourney for Southern.