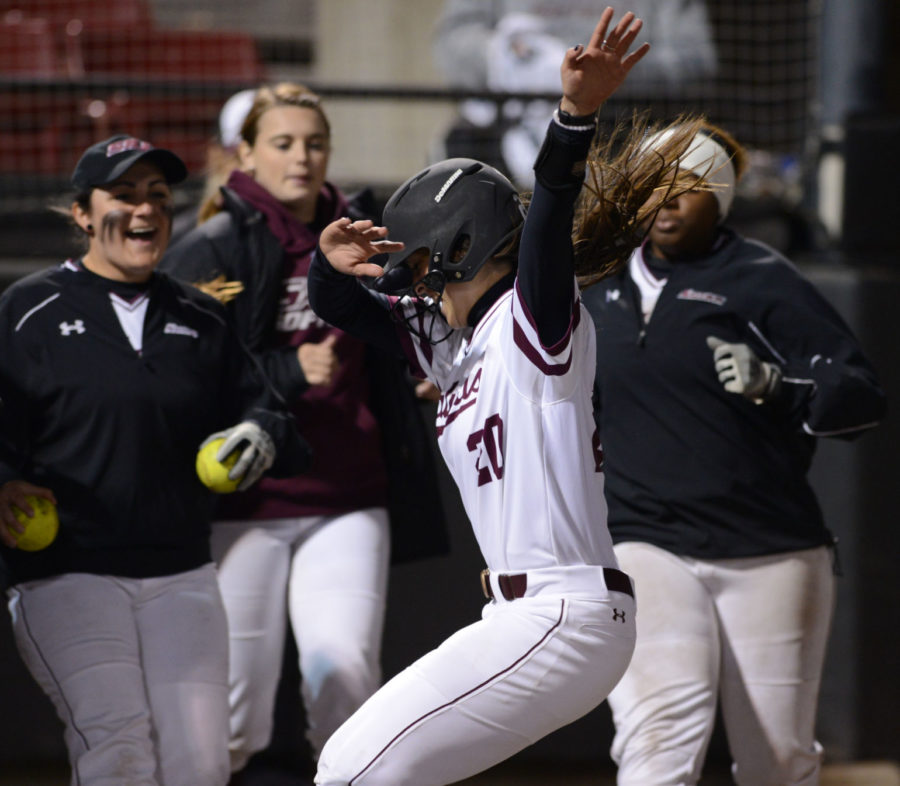 One thing became clear for SIU softball on Sunday — as the team’s pitching goes, the team goes.

The Salukis (9-7) split their final two games of the Coach B Classic, losing to the Kansas Jayhawks 10-4 and beating the Butler Bulldogs 11-1.

Pitching proved to be the biggest factor in both games, with the Salukis throwing well in the second game but not in the first.

Dover (2-5, 5.33 ERA) cruised through the first three innings against the Jayhawks (11-8), allowing zero hits with three strikeouts. But the game came apart in the fourth inning as Kansas brought all nine batters to the plate, something the Jayhawks did three-straight innings.

The Saluki bats came alive in the sixth inning, scoring four runs to prevent the game ending because of the 10-run rule.

Senior shortstop Kelsey Gonzalez led the inning with a solo home run, her first of the season.

Blaylock flip-flopped Gonzalez and freshman outfielder Eyrika Brandenburg at the top of the lineup for Sunday’s games because she said the senior settles Brandenburg down.

The adjustment did help Brandenburg, who went 3-4 against Kansas.

Blaylock said the switch will likely last for the rest of the season.

In game two, the Salukis had a rematch against Butler, in which they carried some of the momentum the built at the end of game one.

Jones stayed on the mound for the Salukis and pitched a complete game with seven strikeouts, one walk and one run.

The Manchester, Tenn., native said she enjoyed pitching both ends of the doubleheader, and was aware that she hadn’t allowed a hit until the fourth inning.

Butler sophomore outfielder Sarah Dixon started the inning with a double down the third base line. She later scored Butler’s only run on a sacrifice bunt by sophomore infielder Alyssa Lach.

Aside from the momentum Jones brought on the mound, the Dawgs used their big sixth inning against the Jayhawks to get out to a quick lead against the Bulldogs.

Harre homered on a 2-0 pitch that she said was right down the middle in the second inning, her team-leading fourth of the year, to push the Saluki lead to 7-0.

“I’m not really looking to go for anything, I’m just always looking for solid contact,” she said. “If it goes out, it goes out.”

The Nashville native finished the day 4-6 with 4 RBIs.

SIU had two more home runs in the game, one from freshman outfielder Hanna Porter to start the second innings and one from sophomore catcher/infielder Sydney Jones.

Jones, who went a perfect 3-3 at the plate with three RBIs, said she wanted to bounce back from going 0-2 against Stetson on Feb. 27 and 0-3 against Kansas.

Harre (.386) and Jones (.381) are first and second on the team in batting average. The Dawgs hit seven home runs in four games of the Coach B Classic.

After their first homestand of the 2016 season, the Salukis go back on the road during spring break for the USF Under Armour Invitational in Clearwater, Fla.