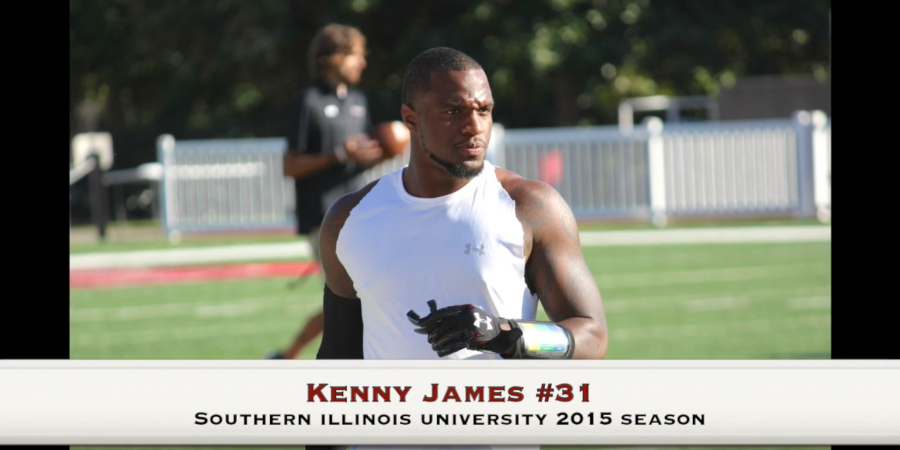 Redshirt junior safety Kenny James was arrested this weekend on three counts of aggravated third-degree assault in Columbia, Mo., according to the police department there.

James, who is 5-foot-10 and 204 pounds, was detained about 1 a.m. Sunday at the Tonic Nightclub, a public information officer at the Columbia department said Tuesday.

Columbia police were called to a physical disturbance involving a large group of people at the nightclub, where police say James assaulted the bar’s security guards as they were escorting him out of the facility.

James did not participate during SIU’s first spring practice of the year on Monday morning, and is not working out or practicing with the team. Coach Nick Hill said Monday that James was suspended from the team. He said James will not play in the annual Spring Game on April 23.

Last season James started 10 games in the secondary for the Salukis. He returned two interceptions for touchdowns and recorded 107 tackles, which was second on the team.

“I am facing my consequences like a man,” James said. “[Hill] has nothing but the best intentions for this program and his players. I’m focused on regaining the trust of my coaches and teammates and putting this behind me.”

The Salukis will be returning 11 other players in the secondary from last season, five at safety.

Brent Meske contributed to this report.

Correction: An earlier version of this story incorrectly labeled James a sophomore.