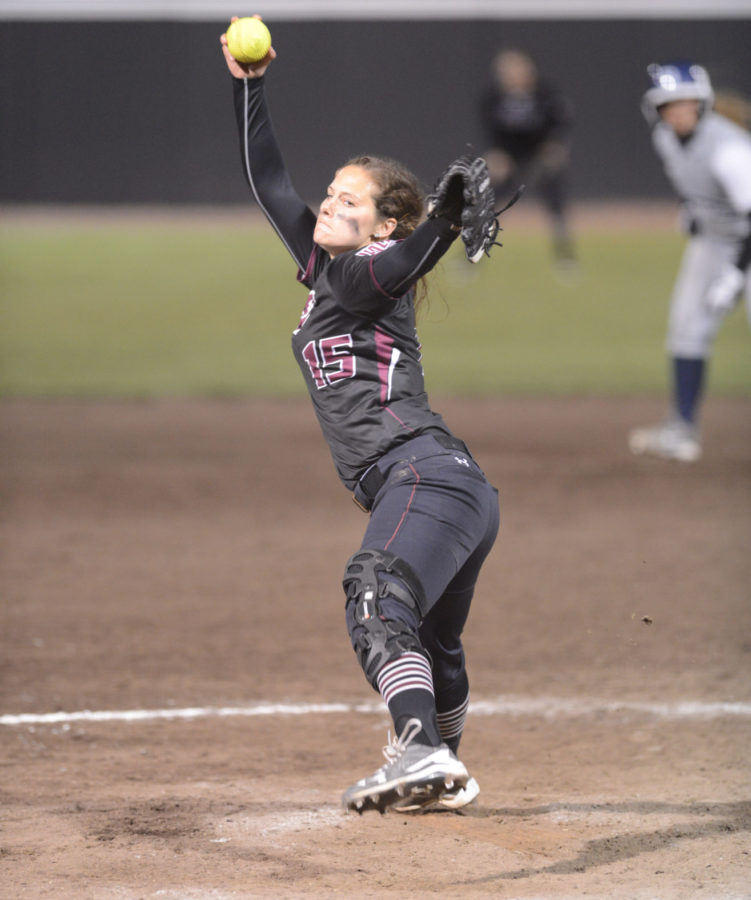 Walking may be good for a person’s health, but allowing walks doom a team’s health in softball.

However, coach Kerri Blaylock said the temperature had no effect on her team.

“We just didn’t throw well, that’s the best way to put it,” Blaylock said. “We’ve got to throw better.”

Doyle, who made her Saluki debut after tearing her ACL last summer, pitched 3.1 innings in relief. She surrendered five earned runs on five hits, struck out three and walked six.

Blaylock said she saw evidence that says Doyle will be good for the Salukis in the future.

“This is the first time she’s had game action since July 1 and it was really kind of a bad way that I had to put her in in that situation, but you could see flashes of how good she is going to be,” Blaylock said.

She said Doyle has better control than Saluki fans saw Saturday night, but she needs more game action to improve.

Blaylock said she was disturbed because she felt the team didn’t finish some plays defensively as a result of the struggling pitchers. One example was a double-steal in the fourth inning by Butler junior center fielder Brandyce Sallee and freshman outfielder Addison Baumle, who was pinch-running.

“Those are things that I don’t think we usually let go,” she said. “When there’s a lot of walks, as a defensive player, you have to keep your focus. I felt like we lost it a little bit.”

Starwalt, held the Saluki bats to two runs on four hits, after SIU scored eight runs on eight hits in its first game of the day against Eastern Illinois. The Mattoon native finished with five strikeouts and two walks.

Two of the SIU hits came from sophomore catcher/infielder Sydney Jones. Jones hit two doubles, one off the right field wall and the other off the left field wall, that were both about a foot short of leaving the park.

Jones’ double in the first inning was the lone RBI for the Dawgs.

The Salukis finish the Coach B Classic on Sunday with another doubleheader: 2:30 p.m. against Kansas and a rematch with Butler at 4:30 p.m.