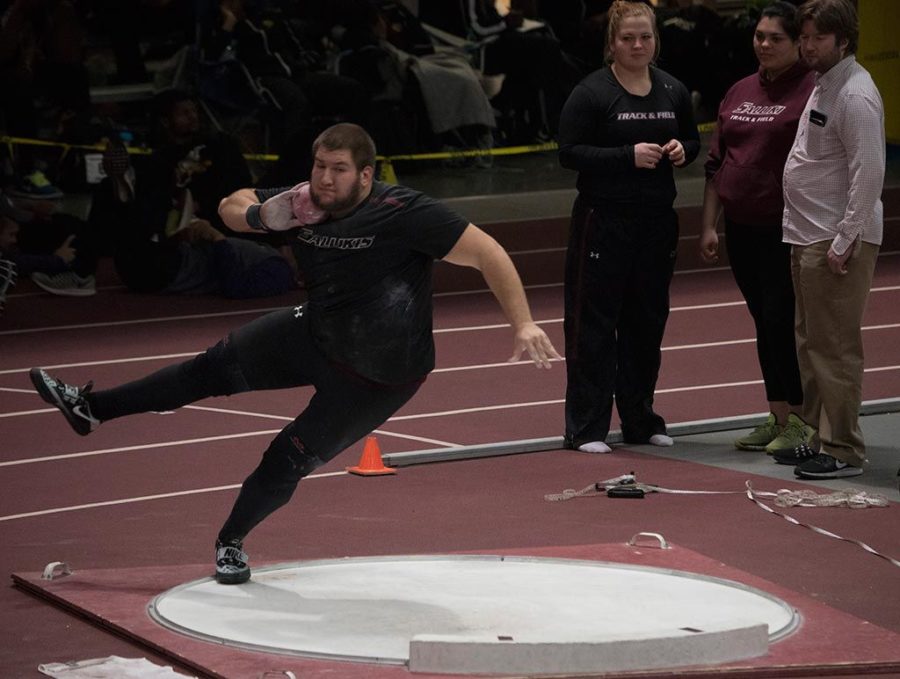 Since the conclusion of the Missouri Valley Conference Indoor Championships on Sunday, SIU men’s track and field has had three storylines arise.

Freeman won his sixth MVC championship after capturing the men’s shot put title on Sunday with a throw of 19.67 meters. He also finished fifth in the weight throw on Saturday with a personal-best distance of 18.99 meters.

Sauer earned his first MVC title on Saturday with a throw of 21.54 meters in the weight throw.

Landon was named the MVC Most Outstanding Male Field Athlete of the meet after winning his fifth consecutive high jump title and finishing third in the long jump, earning All-MVC honors in each.

Men’s team ranked No. 22 in the latest USTFCCCA poll.

The United States Track and Field/Cross Country Coaches Association released its latest rankings on Tuesday, and the Saluki men moved up two spots to No. 22. This is the fourth week, and third in a row, the SIU men have been ranked in the national poll.

SIU first appeared after Week Two with a No. 23 ranking before dropping out for the next two weeks. The team has been ranked since. The next rankings of the indoor season will be released Monday.

Freeman suffered a grade two sprain of his left ankle when he stepped in a pot hole after getting off the bus at the the MVC Indoor Championships on Sunday, according to his Facebook page. He competed later in the day and won the shot put title.