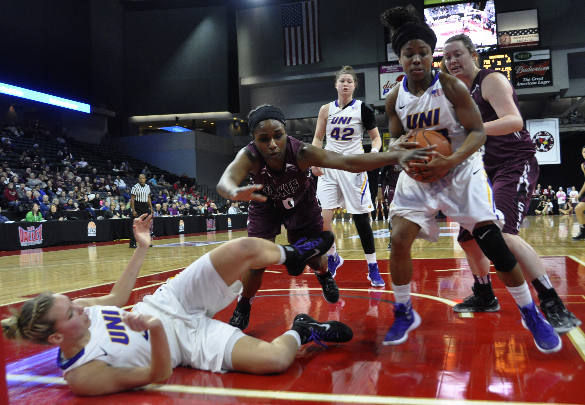 After a season in which SIU women’s basketball went 20-12 overall and 12-6 in the Missouri Valley Conference, the Salukis have accepted an invitation to play in the Women’s Basketball Invitational.

This is the program’s first postseason bid since 2007, when the team made the NCAA tournament.

Coach Cindy Stein told the team she had budgeted all year for the chance to fund an opportunity to play in the postseason.

The Salukis were selected for the 16-team single-elimination tournament as the fifth seed and draw the fourth seed Western Illinois (15-15, 8-8 Summit League). SIU hasn’t played the Leathernecks since 1992, but is 35-7 all-time against them.

With the selection, the Dawgs become the fourth team from the MVC chosen for postseason play after Drake and Northern Iowa were picked for the Women’s National Invitational Tournament, and MVC Tournament champion Missouri State was the automatic bid for the NCAA tournament.

SIU is guaranteed $7,000 for the first two rounds, regardless if it advances, and $9,000 if Stein’s team make it to the semifinals or finals.

Being the lower seed, the Salukis will travel to play the Leathernecks in the first round at 7 p.m. Thursday in Macomb. If they win, they’ll play the winner of top-seeded Northern Kentucky and USC Upstate either Saturday or Sunday.