Illinois Policy Institute: SIU is to blame for budget woes 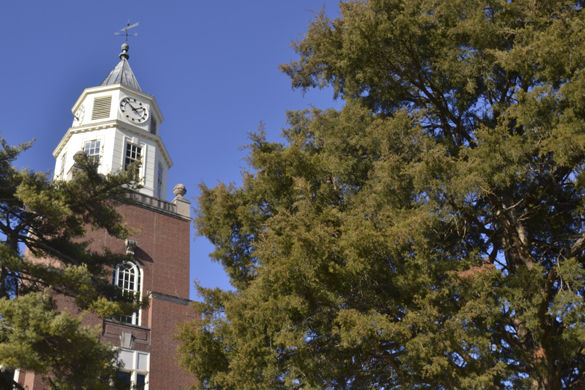 A report by the Illinois Policy Institute largely attributes the higher education funding crisis in Illinois to “self-inflicted wounds” caused by increases in administrative staff salaries and positions.

“Inflating university administration staff to such high levels and awarding such generous faculty and administrator salaries has raised tuitions to unaffordable rates and drained away state money, which should be going into the classroom,” Ted Dabrowski, vice president of policy for the organization, said in a press release.

The organization reported more than half the $4.1 billion appropriated for higher education in 2015 went to fund university retiree pensions. Operational costs accounted for 80 percent of spending in 2006, an analysis by the organization showed.

Dabrowski added that the hiring practices have forced college students to take on “crippling debt” in pursuit of education and the budget woes indicate the failure of Illinois universities to put students first.

In a phone interview Monday, Dabrowski listed a number of administrators at SIU who have received large salary increases, saying Illinois taxpayers cannot afford to carry the weight of inflated pensions.

“What’s important to know is SIU has done its share in saving the state money as we have had historically about the average lowest number of administrators of all public universities,” Dunn said in an email to WSIL.

Illinois has the largest pension shortfall in the nation. But the university is not responsible for decisions made by Republican and Democratic lawmakers concerning the state-funded retirement program, Dunn said.

Meanwhile, public universities and community colleges have received no state funding in the eight-month budget impasse, which has led to layoffs and cuts to operations across Illinois.

Republican Gov. Bruce Rauner proposed a 20 percent cut to operational funding at SIUC in fiscal year 2017 and called for state reforms that would require public universities to pay some pension costs for their retirees.

The proposed cuts prompted budget staffers to draft plans to cut 180 administrative, faculty and staff positions and evaluate the degree programs it offers.