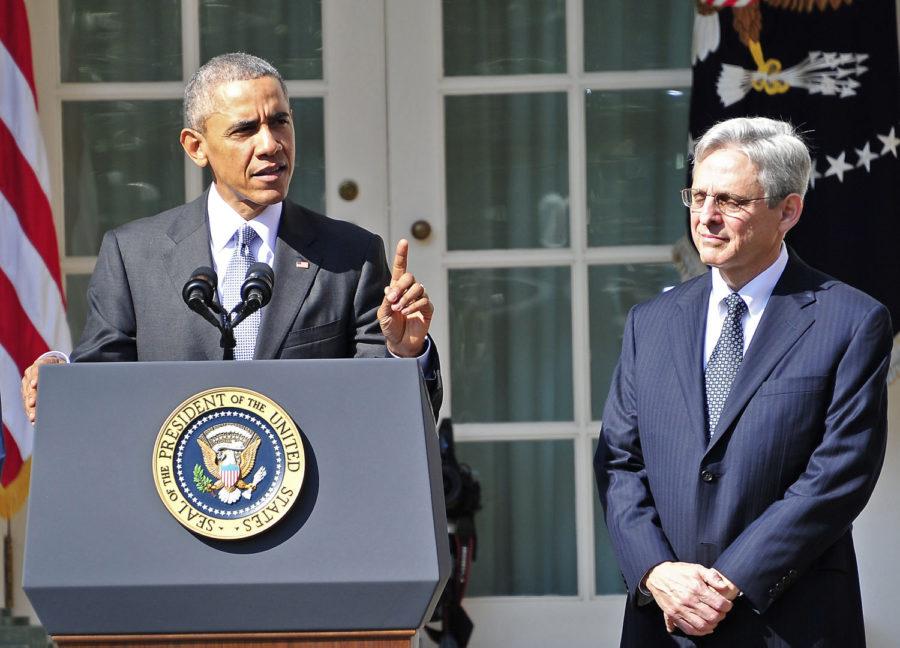 The choice of Merrick Garland for the U.S. Supreme Court leaves President Barack Obama’s allies selling the nomination process more than the man himself as they try to pressure Republican senators.

That could mean Obama will face an enthusiasm gap when it comes to trying to use Garland’s nomination to motivate the party’s base to turn out in November.

MORE: Opinion: Will GOP prove that judicial confirmation process is ‘beyond repair’?

By selecting a 63-year-old white man with a record moderate enough to win the praise of Utah Republican Sen. Orrin Hatch, Obama spurned the wishes of some of his most fervent backers, who wanted him to name a minority who would make history, a younger outspoken progressive, or preferably both.

And while a number of liberal groups are launching campaigns to pressure Republicans, they aren’t rallying around Garland so much as they are rallying against Republicans for obstructing the president.

Since Garland’s nomination on March 16, there have been few signs that his reputation as a moderate and his decades of experience on the federal bench were doing much to sway Republicans to drop their blockade and grant him a hearing and a vote on the Senate floor.

Even Hatch, who had urged Obama to nominate Garland for previous court openings and predicted he could get confirmed easily, said the Senate should not act until after the election.

Garland’s nomination almost immediately turned into a stalemate that could last for months.

For Republican senators, their blockade isn’t about Garland, or even really their newly invented talking point that the public should get a chance to weigh in in November. It’s about the balance of power at the court. They don’t want to let it swing from a majority of Republican-nominated justices to a majority of Democratic-nominated justices for the first time in decades if they can do anything to stop it.

Wisconsin Republican Sen. Ron Johnson said he’d be willing to meet with Garland, but the session would be pointless.

“I’ll meet with the guy, but trust me, we’re not going to let the Supreme Court flip and this nominee obviously would flip the court, particularly on an issue pretty important to Wisconsin — the right to keep and bear arms,” said Johnson, who is facing a difficult re-election campaign.

Indeed, early opposition from the National Rifle Association is just one of many reasons why Garland is almost certain to languish without a hearing, at least until November. Anti-abortion groups and other organizations critical to Republicans would also roast the party’s senators if they caved.

“I can’t imagine that a Republican majority in the United States Senate would want to confirm in a lame-duck session a nominee opposed by the National Rifle Association, the National Federation of Independent Business that represents small businesses that have never taken a position on the Supreme Court appointment before,” Majority Leader Mitch McConnell of Kentucky said on “Fox News Sunday.”

Senate Minority Leader Harry Reid of Nevada said Democrats will keep pounding the table for a hearing and will also be mounting a broad public relations offensive to pressure Republicans.

“You’re seeing historic grass-roots support around a Supreme Court nominee, not just because that’s what is necessary to combat the Senate Republicans’ unprecedented obstruction, but because Chief Judge Garland is one of the most qualified judges we’ve seen in a generation,” said Amy Brundage, a former deputy White House communications director for Obama who is helping coordinate a broad coalition of groups to confirm Garland.

The push includes events to be held by liberal groups such as MoveOn.org aimed at pressuring Republicans back in their states.

But liberal groups, while united in opposition to the blockade, aren’t all that excited by Garland, who doesn’t have an activist liberal record and wouldn’t diversify the court.

“It’s deeply disappointing that President Obama failed to use this opportunity to add the voice of another progressive woman of color to the Supreme Court,” Charles Chamberlain, executive director for Democracy for America, said last week.

Garland, meanwhile, won’t be talking to the press, and, if Republicans hold firm, won’t be getting a chance to answer questions in a hearing either. That makes him essentially a mute prop in what will be dozens of courtesy calls with mostly Democratic senators.

One senior Democratic aide acknowledged liberal concerns about diversity and the lack of excitement from Garland himself, but said that Republicans’ refusal to even hold a hearing on the nominee would represent a slap in the face to the president and his supporters.

The White House has fended off questions about disappointment among liberals over Obama’s decision not to pick a black justice, another minority or a younger pick more likely to stay on the court for decades.

The pick also got a cool reception from Democratic presidential candidate Bernie Sanders, who said on MSNBC last week he would ask Obama to withdraw the nomination if elected president so he could nominate a more liberal judge.

The White House has started emphasizing nonjudicial aspects of Garland’s life, like his nearly 20 years of tutoring at a Washington, D.C., school, in a video featuring a testimonial from a black second-grade teacher.

The calculation on the part of the White House — and among senators who had urged a moderate pick — has been to make it as difficult as possible for Republicans to block the pick, thereby showing them as obstructionists. And Garland fits that bill.