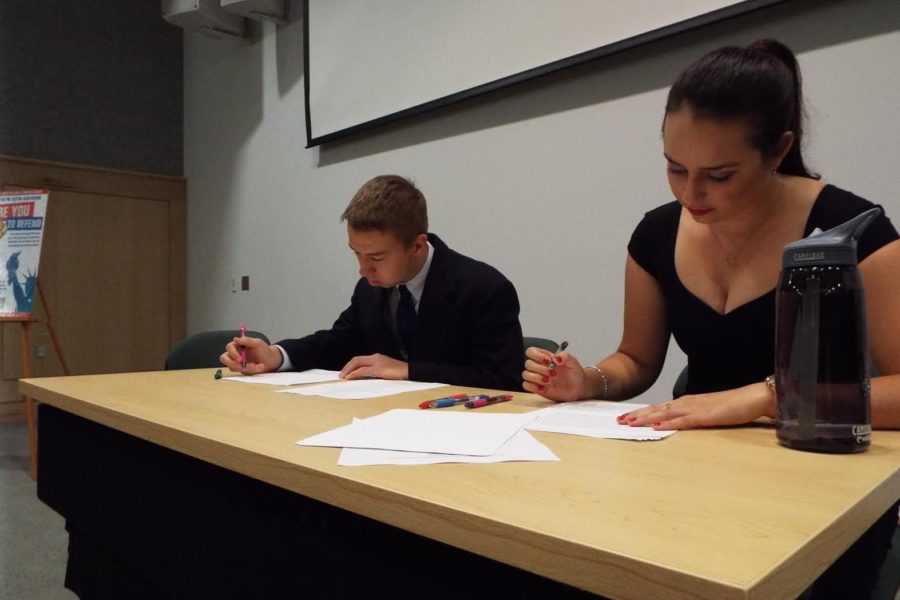 Southern Illinois University finished as the runner-up at this year’s National Championships of Debate.

SIU finished higher than universities such as Tulane, Rice, Berkeley, Missouri, Washington and Loyola at the National Parliamentary Debate Association championship tournament, which was hosted from March 19 to 21 at California State University, Long Beach.

Arielle Stephenson, a junior from Torrance, Calif., studying business economics, and Bobby Swetz, a freshman from Flossmoor studying economics, won 13 times at the tournament before being bested in the championship debate against a team from William Jewell College, a liberal arts school of about 1,100 students.

“There are no divisions in debate,” said Todd Graham, SIU’s director of debate. “So as you can expect, there are excellent teams from smaller institutions as well as large. We lost to a better team today, and they deserved to win the national title.”

This is the sixth time in nine years SIU has advanced into the championship debate, winning four of those years.

“Arielle and Bobby exceeded all expectations we had for them at the beginning of the year,” Graham said. “I told everyone this was a rebuilding year, since we lost our national champions from previous years to graduation and Arielle and Bobby were so young. When they heard me telling people that, well, I think I made them mad.”

In response to the “rebuilding” title, the tandem doubled their research and practice times. Graham said after a win in a tournament at the University of Utah, he began to believe his team could compete for a national title.

SIU continued its record streak of having a team compete in the semifinals of a national championship for the nine-straight year.

No other team had won a title three-consecutive years until the Salukis achieved that last season.

Swetz said the team will just have to start a new championship streak next season.

“Bobby and I have contrasting debating styles,” Stephenson said. “We complement each other so well. In any given debate, the judge will appreciate at least one of our styles, which give us a unique advantage over our opponents.”

“The closest analogy I can provide in styles of debate would be this,” the director said. “Bobby is idealistic. This is most similar to either Sanders or Trump in style of presentation, whereas Arielle pays more attention to detail, which compares stylistically to either Clinton or Cruz.”

There were 165 teams competing at the tournament, out of a total number of 794 teams that competed this year.