In time of budget crisis, governor’s approval ratings drop, but not much 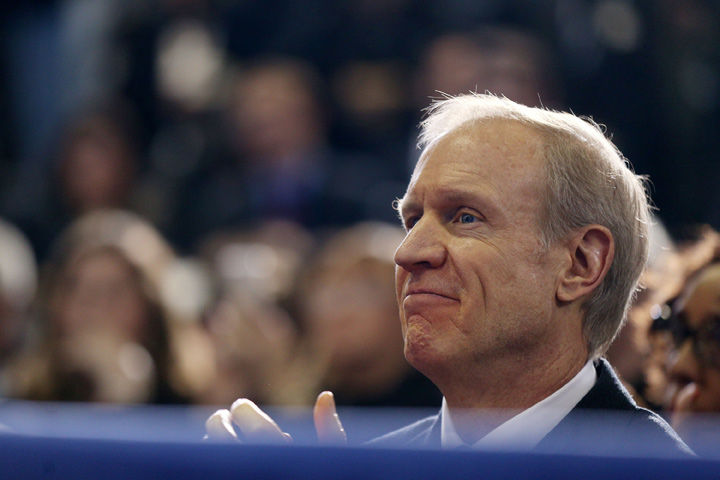 Just 9 percent of Illinois voters believe the state is going in the right direction, according to a Paul Simon Public Policy Institute poll released Thursday.

Of those polled this year, 84 percent believe the state is on the wrong track — up 21 percentage points from last year.

The poll used the opinion of 1,000 voters via telephone after interviewers requested to speak with the youngest registered voter in the household.

Pollster also asked about approval of Gov. Bruce Rauner. Half of those polled disapproved of the Republican governor’s job performance, 41 percent approved and the 9 percent were undecided.

John Jackson, a visiting professor at the Paul Simon Institute, said he assumed the disapproval rating would be higher, but instead the results — with a margin of error of plus or minus 3.1 percentage points — indicated a deeply divided state.

Jackson, who helped design the poll, said he thought almost nine months into a budget impasse would have a greater toll on approval “given how much dislocation and chaos we’ve had in the state government and how long we’ve gone without a state budget.”

So far, he said, Illinois government isn’t doing what the constitution requires them to do, which is first and foremost to pass a state budget.

“The governor doesn’t make decisions based on polls and is focused on transforming state government, achieving structural reforms for taxpayers that will create jobs and grow the economy, and ensuring Illinois has the best schools in America,” Rauner spokesperson Catherine Kelly said via email when asked for a comment on the poll results.

The direct effects of the governor and Democratic legislators’ failure to make decisions are being felt across the state.

In southern Illinois, John A. Logan College in Carterville announced the lay-off of 55 employees, SIU’s Small Business Center will close and students with MAP grants are at risk of not receiving funding if a budget is not passed soon.

However, of those polled, 62 percent said they do not feel directly affected by the budget stalemate.

“Actually everybody has been affected — either directly or indirectly,” Jackson said.

The 32 percent who said they were affected named job insecurity, social services and higher education as the most at-risk areas.