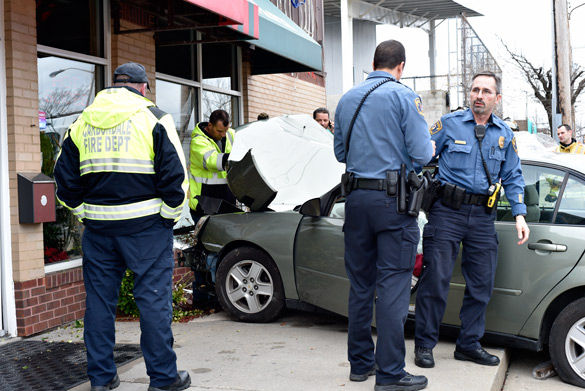 A car crashed into the front of Pagliai’s Pizza on the Strip shortly after 2 p.m. Thursday.

Assistant Fire Chief Mike Hertz said the driver, an “elderly gentleman,” hit the restaurant about 2:13 p.m. after the vehicle went over two curbs. The driver was taken to Memorial Hospital of Carbondale and no one else was injured.

The car struck the building — leaving it with a broken window and some smashed bricks — after going down West Hospital Drive and swerving to miss a bus traveling on South Illinois Avenue.

“It sounded like an explosion went off,” said Niko Muniz, a senior from Westchester studying broadcasting who lives near the pizzeria. “I’m just thankful he didn’t go through the window and hit anyone.”