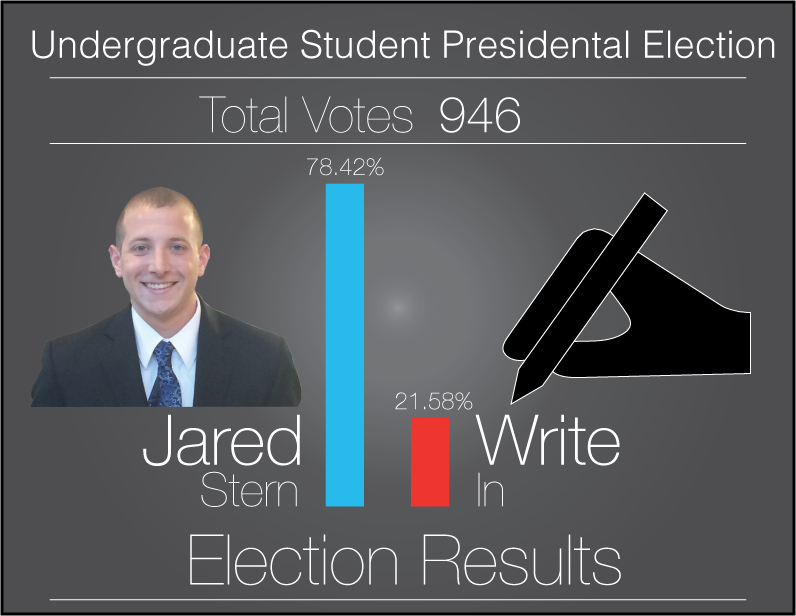 Jared Stern has been selected to replace Kevin Gettis as the next president of Undergraduate Student Government.

Stern, a junior from Vernon Hills studying aviation management and flight, ran unopposed to lead the university’s undergraduate student body for a term lasting a single academic year, which begins in fall 2017. He won with 78.4 percent of votes, and the rest went to write-in candidates.

“I’m extremely honored and excited to take this position,” Stern said after winning the election Wednesday.

A lack of student involvement was apparent in this year’s voter turnout, as less than 1,000 of enrolled students – 6 percent of the student body – participated in the election. Stern, who campaigned on the promise of increasing student participation in USG, said he will take active measures to bolster student support as soon as he takes office.

Currently, Stern estimates about half of USG’s 48 senate seats are unfilled, and only about 17 to 20 of the appointed senators attend meetings regularly. He also named race relations as a top priority on campus, and hopes to use the influence of USG to promote diversity and inclusivity through open forum discussions similar to those organized by the administration.

The newly elected leader of the undergraduate student governing body said he plans to “hit the ground running” by filling the empty student senate seats and holding those chosen accountable for their actions.