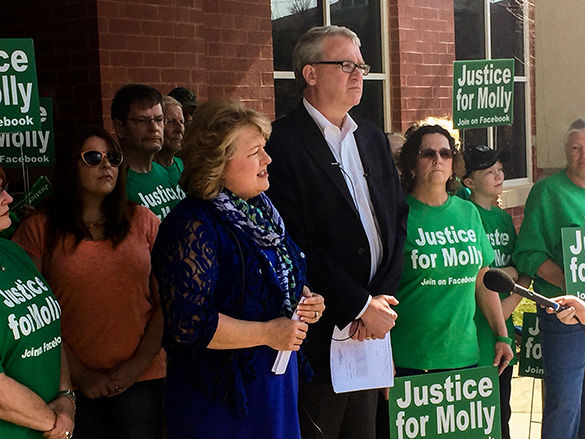 A bill aimed at heightening transparency in state government and changing the timeframe during which wrongful death claims can be filed unanimously passed the Illinois House Committee on Tuesday.

The bill — drafted by Rep. Terri Bryant, R-Murphysboro, on Feb. 20 in response to the controversial death of Molly Young — would amend the Illinois Freedom of Information Act and toll the statute of limitations for wrongful death claims. The bill is named “Molly’s Law” for its ties to the Young case, which has sparked criticisms of the Carbondale Police Department and Illinois State Police by the community.

“Today is an important day for [Molly’s father, Larry] Young, and for the entire Justice for Molly movement,” Bryant said in a news release Tuesday.

Under the proposed law, public bodies that fail to disclose information deemed accessible by a circuit court would face a maximum fine of $10,000. The statute of limitations for wrongful death claims would be changed to two years after a claimant’s discovery of evidence.