Movie review: ‘The Boss’ is bust 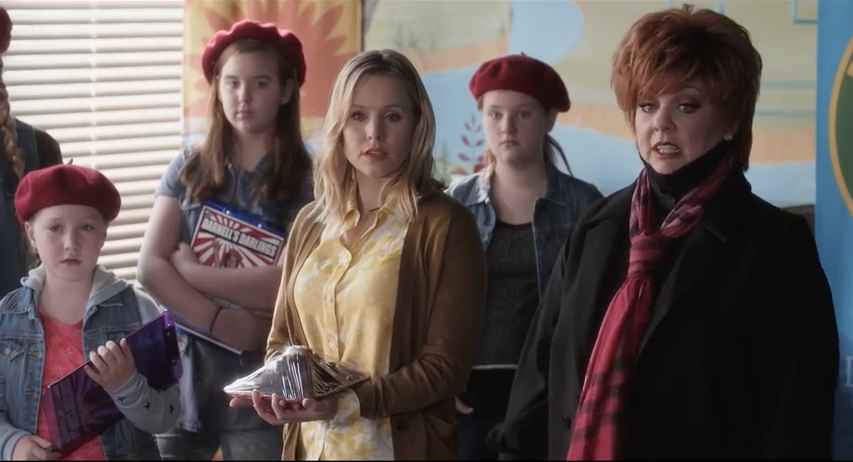 “The Boss” is not just the title of Melissa McCarthy’s latest but also the take-charge attitude she brings to the project. Her part allows the actress to stretch, turning her hair red, her wardrobe high-fashion and her self-confidence stratospheric.

Unfortunately, world-class gumption and an on-camera look that the pretty committee would applaud can’t save a poorly executed comedy whose essential elements are dirty words and falling down.

After McCarthy’s rapturously funny work in “Spy,” her pratfalls here seem like a reflection of the tangled plot threads tripping her. McCarthy’s go big or go home assertiveness suggests another option: Stay home and avoid “The Boss” altogether.

The film tracks sassy business guru Michelle Darnell (McCarthy), who loves telling her cheering fans she is “the 47th richest woman in America!” After a brief term in a luxury prison for insider trading, the homeless ex-con decides to rise again through a Girl Scout-like brownie empire. Selling billions of snickerdoodles door to door will net her both a new fortune and revenge against her competitive tycoon and former boyfriend, Renault (Peter Dinklage).

The mission involves McCarthy using nonstop profanity (a gimmick also used by preteen girls in the kid-unfriendly script she co-wrote), fist-fighting mothers who support traditional cookie vendors, and leading her child posse into bone-breaking street scuffles. The greedy entrepreneur occasionally tries to learn family values from a single-mom former employee (Kristen Bell) who took her superior in off the streets.

The juvenile yet raunchy dichotomy feels schizophrenic and impossible to market to families. This is shock comedy that, despite many charming children crowding the screen, is very adult.

The snippets that have played in the film’s trailers, a folding bed that catapults McCarthy against a wall, or her scene wearing a mouth guard that makes her blabber the tricky wordplay of Abbott & Costello’s “Who’s on First,” made me laugh myself into tiny little pieces. Those moments promise a blissful whole.

While she has superb screen presence and acting ability, McCarthy is incapable of the great storytelling and universally relatable characters that make comedies compelling. She can perform the music, but she can’t write the songs.

Rating: R for sexual content, language and brief drug use.