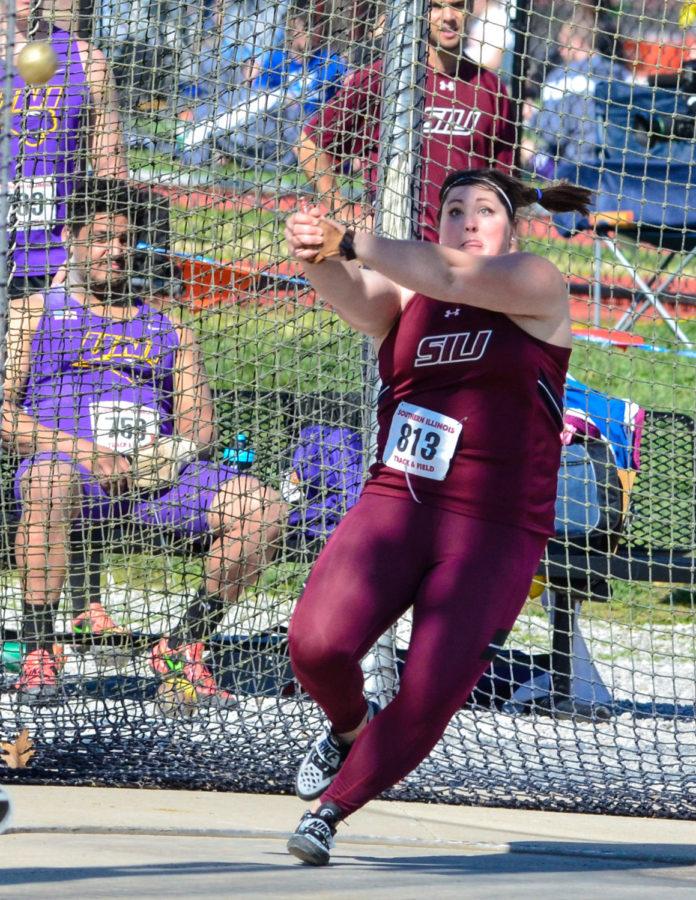 For the third time in as many weeks senior thrower DeAnna Price is the Missouri Valley Conference female Field Athlete of the Week.

She has won the award outright the last two weeks after finishing as female co-field athlete of the week in the first week of the outdoor season. It was her seventh time winning the award in her career.

Price competed in the Joey Haines Invitational and won her third-straight hammer throw event with a throw of 71.47 meters. This is the 10th-best throw in NCAA history and she now has three of the top-10 spots. She also finished second in the shot put and third in the discus.

The Moscow Mills, Mo., native is first in hammer and discus in the Valley. She is second in shot put to senior teammate Alexus Scott.

Price and the Salukis will compete at the Tiger Track Classic beginning Friday in Auburn, Ala.