There is more than one way to carry a wife 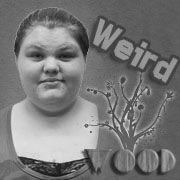 Few things can get a husband moving quicker than his wife, some beer and a cash prize.

It doesn’t matter whether her body is wrapped around his waist or she’s thrown over his back with her legs hooked onto his shoulders. So long as she doesn’t fall and tack 15 seconds onto the team’s race time, judges will accept any maneuver that might help the two cross a Wife Carrying Race’s finish line.

The sport — yes, sport — evolved over decades based on tales of Finnish thieves that date back to the late 1800s, according to the Wife Carrying World Championship’s website. The thieves would raid nearby villages and steal mens’ wives, carrying them on their backs and darting back into the woods as fast as possible, according to the website.

Wife-carrying competitions have since been held all over the world in places such as Hong Kong, the United States, India and Sweden, with the closest race in Wisconsin. Winners not only receive their wives’ weight in beer and five times it in cash, but they also receive the opportunity to travel to Sonkajärvi, Finland and compete in the Wife Carrying World Championships held every July.

An official wife-carrying race track stretches 253.5 meters (831 feet) and contains a few obstacles along the way such as sand pits, water trenches and log hurdles.  Men are expected to finish the race despite those obstacles, no matter how many times they drop their women, and prizes are awarded to the three racers with the fastest times.

It’s not all straight faces and serious attitudes, though. Prizes are also awarded to the strongest carrier and for the most entertaining outfit.

According to the championship’s rules, wives must be 17 or older and weigh no less than 108 pounds. Weighted sacks are provided to those who might need to make up the difference.

Although husbands can carry their wives any way that might help the two finish the race, an extra 10 seconds are deducted from the team that can finish the whole race using the “Estonian hold.” With this carrying method, the wife hangs over the husband’s shoulders as she secures her arms around his waist and legs around his neck while he doesn’t hold on to her at all.

However, single men aren’t left behind in all the action. The rules state the wife to be carried on the husband’s back may be “his own, a neighbor’s or she may be found further afield.”

So, essentially, all it takes to enter a race like this is a decently strong man to find a woman who’s willing to spend a couple of minutes hanging upside down on a man’s back with her face right next to the scariest part of his body.