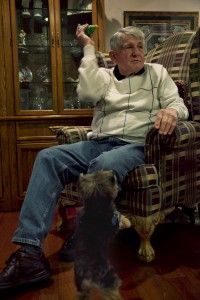 So of course he said yes when he was asked to coach again.

Last week, Herrin left retirement to become the first coach hired by the athletic program at Morthland College, a Christian college in West Frankfort, which held its first classes in spring 2011.

“I’m not going to Morthland to run a recreation program,” Herrin said. “But I also believe in something other than winning games. I plan on getting all of my players to go to their classes and get a diploma.”

Herrin coached the Salukis from 1985 to 1998, and with more than 900 career victories at the college and high school levels, school president and founder Tim Morthland said he was a coaching legend.

“(Herrin) is a person with a lot of experience and influence who we think can take this team forward from its beginning to a winning team and also someone who is committed to the academics of Morthland College,” said Morthland.

Herrin said being a basketball coach was like never having to work a day in his life.

“I tell people I’ve never had a job in my life I’ve had to work at,” Herrin said. “Coaching basketball has its ups and downs, but I’ve always had fun doing it.”

Before his success with the Salukis, Herrin led Benton Consolidated High School to four undefeated regular seasons, eight conference championships and three trips to the Elite Eight. He most recently coached at Marion High School.

Though it is still in the process of securing players, the school plans to start his  basketball program in the  fall 2012 semester with no affiliation with a college athletic association.

Current Saluki coach Chris Lowery played under Herrin from 1990 to 1994 and said he wasn’t surprised that Herrin took a head coaching job after he left Marion High School in 2007.