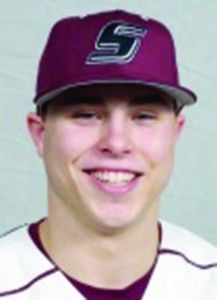 Wes Neece needed some time off.

The Saluki infielder played part in a rollercoaster of a season that began with a blistering 12-5 start to the year, was paced by a seven game losing streak to enter the month of May and finished with the Salukis catching fire in the Missouri Valley Conference Tournament. The team reached the championship game only to fall to rival Creighton 8-6.

A season like that can leave a player exhausted both mentally and physically, so Neece headed home to Lincoln for a summer away from baseball.

“It’s basically a 40-hour a week job being a Division I athlete,” Neece said. “You start in the fall and play through into December workouts, and then you start the season in the spring. That leaves you with two and half months of off time.”

While many players use this time to play for a summer team, Neece and several older players use the summer for some rejuvenation away from the game.

Neece has a full-time job this summer working as a laborer for the Lincoln Street Department, but involvement with baseball is something he said he just couldn’t shake. He will play some weekend series’ with the Lexington Snipes, a semi-pro team from the Chicago Suburban Baseball League and continue to keep in shape.

“I’m lifting weights and running every other day,” he said. “ I needed to take a break from the day-in and day-out baseball grind, but there’s no way I could stop altogether.”

Neece is also enjoying another aspect of baseball: coaching. He is the assistant coach to a 13 and 14-year-old team — the Lincoln Heat.

Neece said coaching allows him to see the game in a different perspective he saw as a player.

“It’s actually pretty funny, I always thought I would be a bad coach,” he said. “I thought I wouldn’t know what to do with the kids. Surprisingly, these kids listen pretty well. I feel like I’m learning more from coaching than I have from playing. I like coaching kids.”

The leadership skills Neece is honing with the team he coaches this summer will be a crucial aptitude on the Saluki baseball team next year, which will be filled with senior leaders, but without this past season’s leader on and off the field in Chris Serritella.

The first basemen led the Salukis in almost every offensive category last season and was a fourth round pick of the Philadelphia Phillies in this year’s MLB draft.

The team brings back eight seniors next year, five more than last season.

“Next year we will be a team to beat because we will return so many guys,” Neece said. “We’re losing Serritella, Jordan Sivertsen, Cam Maldonado and Nathan Dorris, but we’re returning our entire bullpen. As far as filling the void at first base, that’s almost impossible. You can’t replace Serritella, but I feel like our pitching staff will be there to go with our hitting.”

Until the fall season begins in August, Neece said he will continue to enjoy the comforts of home, something he hasn’t been able to experience for several years. His mother Amy, a first grade teacher, said she has noticed the difference.

“His maturity level has greatly increased compared to a year and a half ago,” she said. “Now he really is an adult at home, as opposed to just a student. He has a full-time job; he’s busy helping with the baseball team and he has a normal adult life.”

Neece’s longtime girlfriend, Kate Anderson, a student at Delta Technical College in Horn Lake, Miss., said she has yet to notice any sort of vacation from his normal busy schedule.

“This summer I really thought he would be taking a break, but he’s filling up his plate quickly,” she said.

Over the course of Neece’s career, Anderson said she has become close with the Saluki players and organization. Anderson said the hectic schedule of a Saluki baseball player is a lifestyle she has embraced.

“No matter where I go in life, Saluki baseball will be something I won’t forget,” she said. “It’s a journey Wes and I have traveled together, and I wouldn’t change it for the world. Heck, we still have one more season to go.”