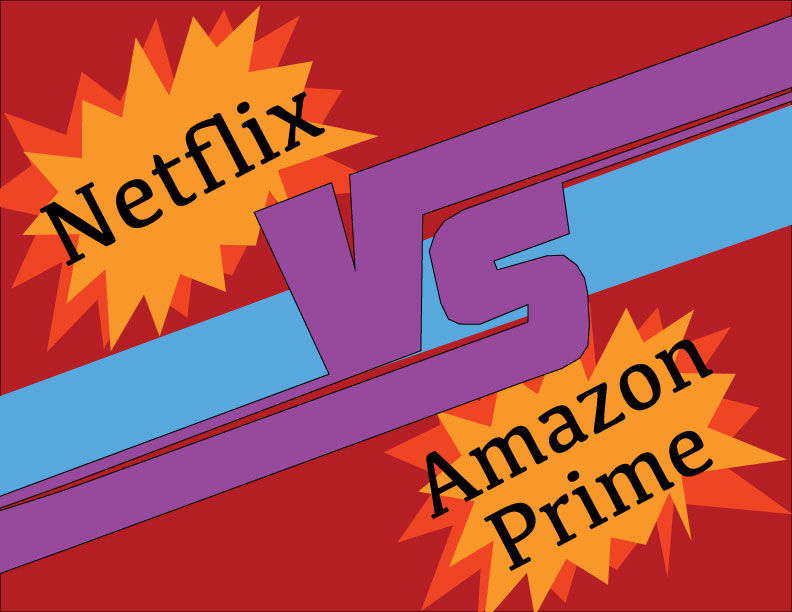 The modern entertainment world finds itself in a war of streaming services. HBO Go, Crackle and Amazon Prime are all trying to compete with the giant that is Netflix.

Here are the five reasons Amazon Prime is better than Netflix.

While needing a full Amazon Prime account to use the service will not be required soon, the company is working to have a separate Prime Video deal. Those with the full package will have plenty more than the average Netflix user.

Free two-day shipping, free same-day delivery, kindle first access and savings on video games are just some of the perks to having the full account.

Amazon is a huge part of the shopping industry and having a Prime Account helps a ton.

Netflix’s overall film collection is downgrading in quality. Yet, it still beats Amazon Prime’s entire collection — one full of bland movies such as “Avengers Grimm” and “Leprechaun Origins.”

But Amazon Prime blows Netflix out of the water when it comes to new movies.

“The End of the Tour” and “Ex Machina” are two amazing movies that came out last year and already are on Prime, missing Netflix completely.

Several streaming services have add-on subscriptions where you can get even more content with your account if you are paying for a certain TV station.

Netflix is not one of those. Amazon Prime on the other hand is, and it has a wide selection.

Anything from Showtime and Starz to the Tribeca Shortlist and Dramafever instantly can be added to your account.

While I personally may have fallen out of the “Doctor Who” fandom, there are many Whovians out there and Amazon Prime is one of the only places to get it.

Prime has all of the episodes, along with both spin-offs, “Torchwood” and “The Sarah Jane Adventures,” and most of the recent specials of both David Tennant’s Tenth Doctor and Matt Smith’s Eleventh Doctor.

Many will say that if one is looking for an HBO show, they might as well just get HBO Go. But for those of us with Amazon Prime, this is just as good of a place to look at.

Shows like “The Wire” and “The Sopranos,” both of which have made TV history, are on Prime, waiting for people to dive right in.

Along with these, terrific mini-series like “John Adams” and “Generation Kill” are in the collection.