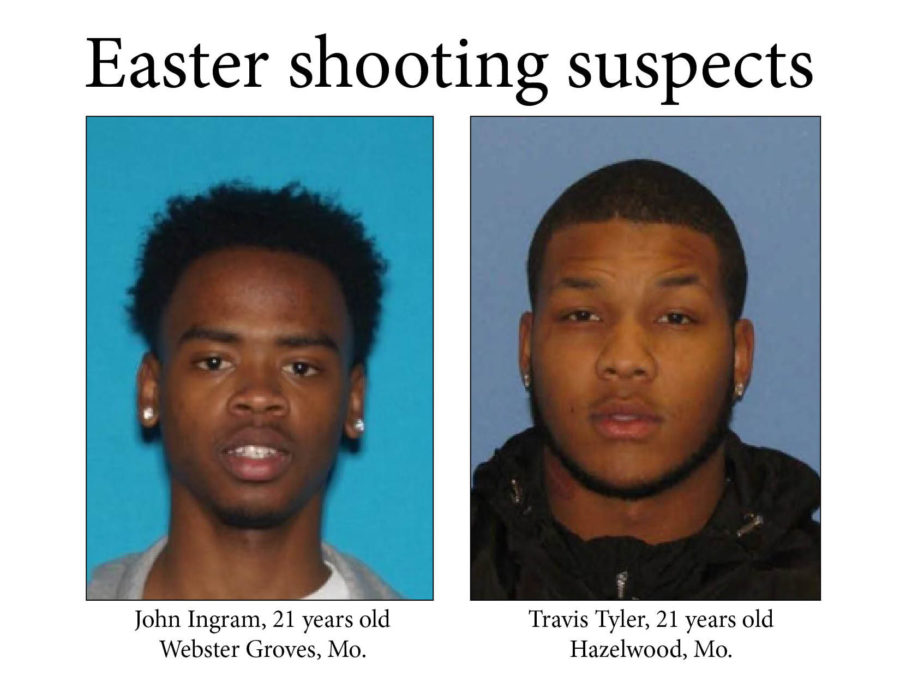 Two of the Southeast Missouri State University students suspected in a March 27 Carbondale shooting that resulted in the death of Tim Beaty and the injury of another man pleaded not guilty Thursday to multiple felony gun charges.

Co-defendants Travis Tyler, 21, of Hazelwood, Mo., and John Ingram, 21, of Webster Groves, Mo., were each indicted by a grand jury in early April on two counts of aggravated discharge of a firearm and one count of aggravated battery with a firearm. Both defendants face a Class X felony and two Class 2 felonies, which, if convicted on all counts, would carry a maximum sentence of 60 years in prison.

Ingram’s defense attorney Bryan Drew asked the court to reduce a $1 million bond set on his client to $200,000 on grounds that the amount is unduly burdensome. He argued Ingram acted in self-defense the night of the shooting and was within his legal right to bear a firearm under Missouri’s concealed carry law.

Assistant State’s Attorney Casey Bloodworth, the prosecutor in the case, objected to the reduction, citing reasons of potential flight risk and general safety concerns for the community.

Judge Kimberly Dahlen denied the motion and upheld the current bond at $1 million. She then granted a motion by the prosecution to collect blood, hair and saliva samples to be taken as evidence from the two defendants.

The two SEMO students surrendered to law enforcement earlier this month following the issuance of nationwide felony arrest warrants by the Jackson County State’s Attorney. Police say the two fired guns in the direction of victim Nehemiah Greenlee at about 2 a.m. March 27 in the 400 block of West Walnut Street.

Investigating officers learned an altercation at a large party led to the incident and gunshots were fired both inside and outside the home.

Witnesses who spoke to the Daily Egyptian on the condition of anonymity said Beaty, 41, was killed while attempting save them. The only official statement released by Carbondale police is that Beaty was an uninvolved bystander killed by a stray bullet.

A third suspect, Dwayne Dunn Jr., 21, of St. Louis, entered a plea of not guilty during his arraignment on April 21. He is charged with two felony counts for allegedly firing a Smith & Wesson handgun in the sky and illegal possession of a firearm under state statutes.

Police are still searching for Daniel Holmes, 21, of Carbondale, as a fourth suspect. Additionally, Holmes is a wanted suspect in connection with a separate shooting at an apartment complex near campus days after the Easter Sunday shooting.

Holmes is considered armed and dangerous by police.

Anyone with information about these incidents is encouraged to contact the Carbondale Police Department at 618-457-3200 or Crime Stoppers at 618-549-COPS (2677).