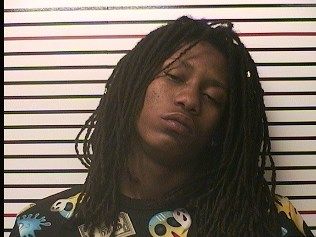 A Carbondale man was sentenced Tuesday to five years’ imprisonment for an attempted armed robbery that took place during Polar Bear weekend.

Dontae Smith, 21, was arrested by Carbondale police on Jan. 31 and charged with attempting to rob a victim at gunpoint near the 700 block of East Grand Avenue, according to court records. One victim notified police that a black male with dreadlocks wearing dark clothes and a colorful print shirt had placed a gun to her head and another black male had searched her person for property.

Responding officers said they spotted a suspect matching the description near a footbridge trail west of the initial location. The suspect, who police later identified as Smith, allegedly fled on foot after police attempted to stop him. He discarded what was later determined to be a Glock 23 .40 caliber pistol during the pursuit, police said.

Smith was apprehended along with his suspected co-conspirator, Matthew Hamilton.

Both men faced multiple felony weapons charges in addition to attempted armed robbery, including aggravated assault with a deadly weapon and unlawful use of weapons.

Smith pleaded guilty to the single felony count of attempted armed robbery, which carries four to 15 years in prison under Illinois statute.

Hamilton faces multiple felony charges for acting in concert with Smith and is scheduled to appear in court May 9.

MORE: Man shot Saturday during robbery in southeast Carbondale | How safe do you feel in Carbondale? Join the conversation here

This is the second gun-related incident reported during Polar Bear weekend, and the fourth episode of gun-violence reported by the Daily Egyptian this semester. SIU student Spencer DePue, a senior from Bolingbrook studying management, was shot and mugged on Jan. 30.