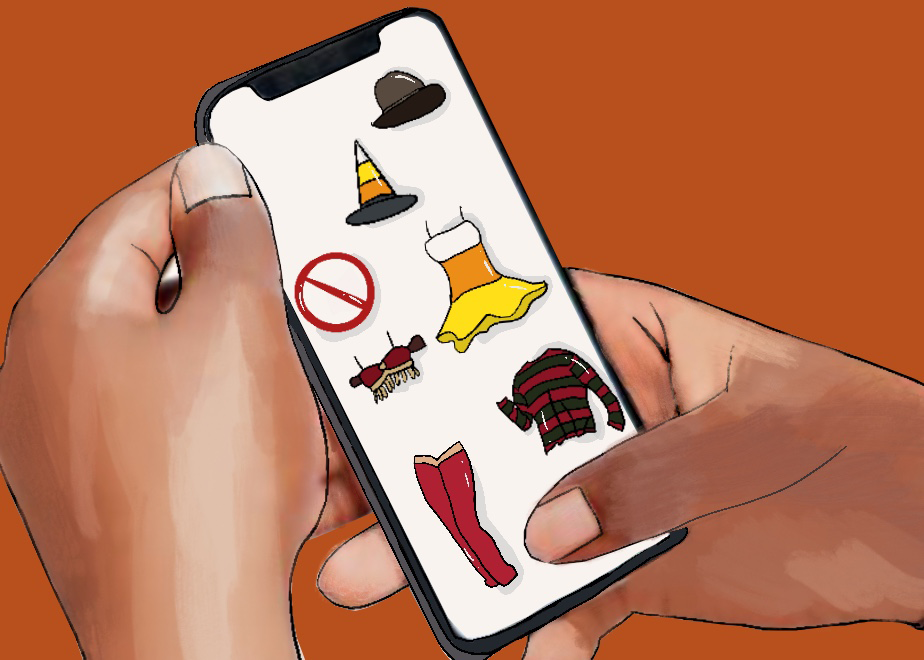 Are you not cold?

“I think that I’ll just be a witch… again,” I rattled off for the millionth time this year, while having a conversation with a friend. Being asked what I am going to be for Halloween is a question that makes me feel weird. I don’t know why, but it makes me feel like I am supposed to get all dolled up and be something overly special.

You have to understand, being surrounded by creative people who can sew and construct wearable art, Halloween is a serious holiday, and their costumes must be able to be talked about for the years to come. For some reason, people always expect me to go all out every Halloween, when in reality, that’s just not me. Yes, one could describe me as extra, but in that same breath, do not discredit my laziness.

There are plenty of folks who wait all year to start constructing their next Halloween costume, ordering things for it months in advance and having it all ready for their Instagrams by the time the long awaited day has arrived. I respect it immensely, as that takes loads of time and effort that many folks aren’t willing to put into even their most special days. I have spent many hours behind a sewing machine and am a skilled professional with a hot glue gun. I know what pain that art takes from you, and it is intense sometimes.

Every year, I sit back and watch as madness ensues while my friends cart from Halloween shop to Halloween shop trying to find the perfect costume for their endeavors. I giggle as they toss around characters and celebrities that they might be able to make a hodge podge look to resemble, and I always give advice for a more accurate look. Although I might be a bit boring on this holiday, I do enjoy the thrill of helping other people.

While standing in the aisle of Spirit Halloween at 8:30 p.m. on a Thursday night with my sister and our dear friend, I had this realization. As my sister held up two black corsets and said “Which one is more Cher,” I couldn’t help but laugh at the entire facility I was standing in. I advised her to pick the one with laces up the front and moved on through the store alone for a stroll, trying not to set off any of those ghastly animatronics and taking in the reality of everything.

Shuffling down the temporary cardboard setups of costumes, I really soaked up everything. My first immediate thought was about how wasteful Halloween as a holiday is and how these costumes presented to us in clear plastic bags are a direct derivative of fast fashion. What is a better example of wastefulness in fashion than buying an outfit to wear for one night only? Of course, these costumes and accessories are not made of the finest materials, and you wouldn’t expect them to be. You also would not expect them to really put in any great detail or be sold at any higher of a price, as they are already priced pretty high for what they are made of.

My thoughts about the pollution that Halloween brings to the world was shut up as I focused on what the costumes themselves were. The mens costumes were rather normal and what you expect men to be on Halloween like a gorilla or a big taco; it is weird. For the women, the options were so strange. It could either be a couple’s costume with a man or be an extremely sexualized version of some occupation or some television character.

I blinked a couple times and took a breath as I stared at the sexy nun costume that was making eye contact with me from its hanger. My head filled with embarrassment as I remembered something: I was a sexy nun once for halloween. Ironically, I have been a nun twice for Halloween. Once was in my late teens with a little bit more va va voom and the other in my very early teens with my best friend, where we carried around a cardboard cutout of Pope Francis the entire night. If I knew then what I know now, I wouldn’t have done that, as it is sexualizing a group of women who are not asking to be sexualized.

Something that irks me about Halloween is that it is extremely sexualized for no reason. I understand that it is the one night a year that many people from many different communities are able to express themselves openly without too much criticism, but they are not the issue. The majority of them are learning about themselves and testing the waters of something new. My issue is with the people who wear lingerie or a party store equivalent, devil horns, and do claw fingers in every picture for the rest of the night.

the thought of children in mind and then deciding to attach the word sexy to it. The amount of people who will take a mini skirt and high top socks and say that they are *add any Disney character here*, and for many reasons, that doesn’t sit well with me.

Along the lines of the history of Halloween as a whole, someone with a little bit of gumption said what I can only imagine as “Hey.. let’s make it sexy,” and the rest is history. Now everytime I step foot into a costume party, there are at least two whale tails and definitely a dozen ornate bralettes in perfect view, all usually worn with some sort of nurse outfit or rabbit ears. It is quite strange. Why do femme-presenting people always take this night to be a little more risque in their fashion choices, and is it really that they want to, or is it just almost an expectation now?

It could be 32 degrees outside on Halloween night, and I know for a fact that if I went up to Stix, I would definitely see a girl wearing a black mini dress and cat ears or something of the sort, with not a coat in sight. It doesn’t matter how far these babes are walking or what the temperature is, fishnets and heels do not go with a Northface jacket.

I left the halloween store a bit beside myself and a little bit quiet. I was deep in thought about the strange world that I had just visited in the old Sears. I was overwhelmed with the racing thoughts of everything I had just taken in, contemplating if I should get all crazy dressed up again, or even dip my foot into the thought of a sensual catsuit or something, but I was easily comforted when I remembered that I have a black sweater and an old witch hat that I can pair with some jeans and pass out candy to kids and watch old scary movies in between door knocks. 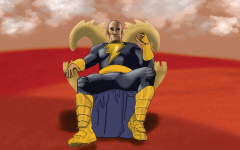