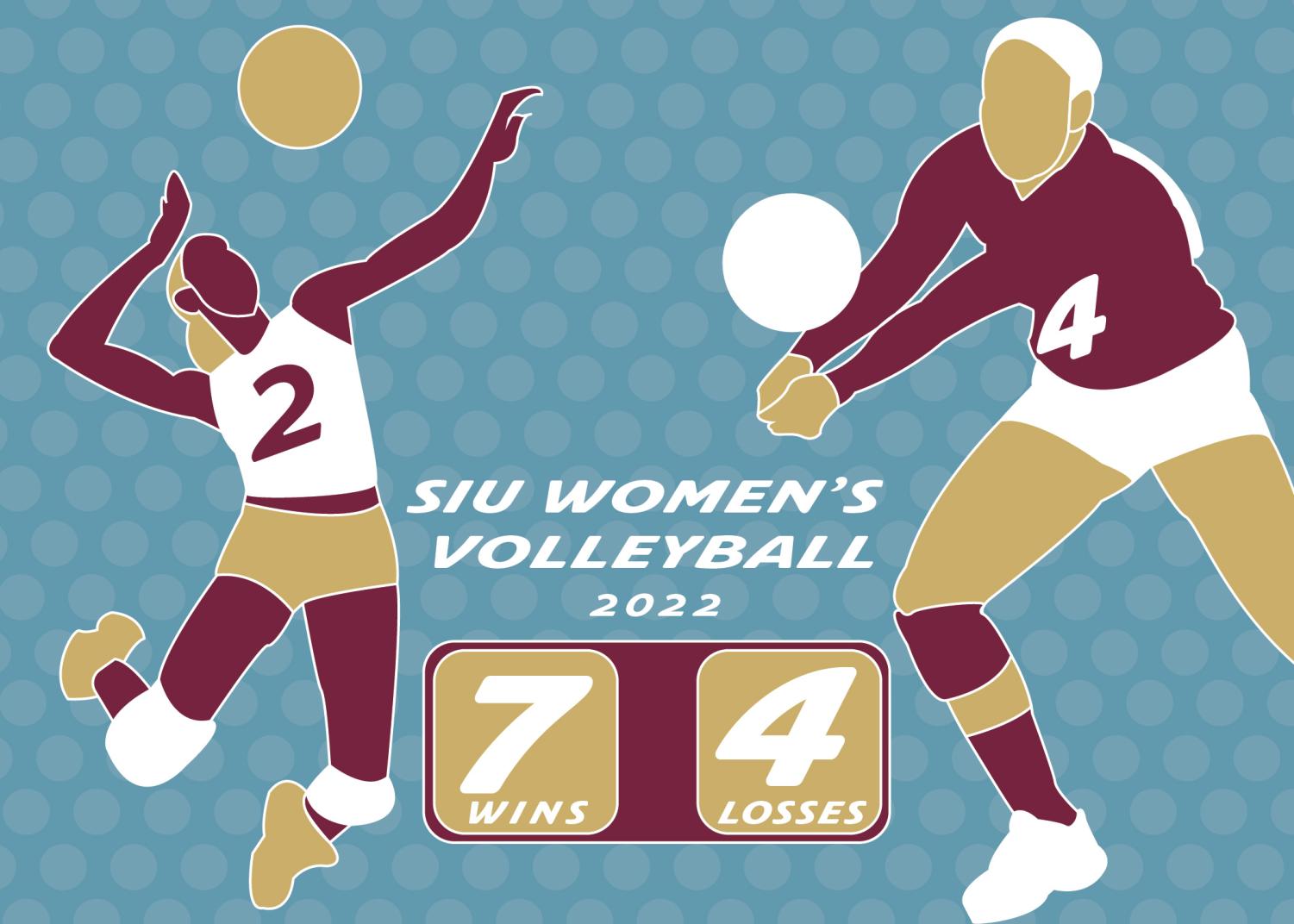 The Salukis’ women’s volleyball team sits at 5-4 this season, with quality wins in their last couple of tournaments. The squad hopes to improve upon last year, which left plenty to be desired.

Last year’s group only won five games, none of which were conference wins. Jaworski said it was tough for the team to keep their heads up at times.

There are definite similarities between this season and last, as the Dawgs started last year nearly as well, going 5-6 before going into a tailspin. However, Jaworski said this season has a whole new feel.

“Coach talks a lot about our depth and ball control, and I think these new players have been the pieces we’ve needed,” Jaworski said.

SIU’s 2022 recruiting class is certainly part of the reason behind that success. Each freshman has played substantial minutes in almost every game this year.

First year student Ceci Bulhman, an outside hitter, said the hardest part of adjusting to the college level was the speed of the game.

“All of the freshmen have had to communicate faster and be able to adapt quicker,” Buhlman said.

It hasn’t affected her too much on the court for the Salukis. Buhlman has totaled 76 kills so far this season and has proven to be a quality young player for the team.

Both she and libero Claudia Bobb said they feel capable on the court due to the comfortability in the locker room.

Not only do new players have to transition their game to the college level, but they also have to adjust to college life. But Bobb said her teammates have done a remarkable job supporting her and helping her stay focused.

“The girls on the team have been super supportive.They’ve given me a lot of advice and helped me through that transition,” Bobb said.

Bulmahn said she loves spending time with the team outside of practices and events.

“The team has been super welcoming and we all get along really great,” Buhlman said, “The older girls on the team call us freshmen ‘The Pack’ because we’re always with each other. It’s really just been awesome.”

Jaworski said all of the first year players have done a great job adjusting to the locker room environment. Each contributes something to the whole of the team.

“Every single one of them brings something different to the team. They almost complete us in a way,” Jaworski.

The Salukis feel they have played much better this season, and Jaworski said the main driver behind that was their work in the off-season. The team got much better at its ball control.

“Last year, we had issues siding out quickly and handling the balls that weren’t perfect. But right now we have all the skill to make each contact better than the last,” Jaworski said.

Even a newcomer like Bobb said the team is getting better and better with each game it plays. The Salukis are determined to put themselves on the map this coming season.

“I think our progress has already shown in our record so far. We’re moving in the right direction and everyone on the team has the same goal,” Bobb said.

This week, Southern Illinois will start conference play with a matchup against the newly-joined Racers of Murray State. Jaworski said the Salukis have already blacked out the bad memories from last season.

“We’ve put it behind us already but I think it’s really important for us to remember how we felt after those losses. We know that it’s going to be one game at a time,” Jaworski said.

This will be Bobb and Buhlman’s first time experiencing conference play, and they’re going to need to be ready for the moment.

“We’ve had some great competition in the past couple tournaments that have gotten us ready for conference play,” Bobb said, “All of us freshmen are just as competitive and share the common goal of making winning a priority.”

The Dawgs have high hopes for this year’s team. They view last year as a fluke and hope to remain competitive in the Missouri Valley.

“I’m really excited to show everyone how much better we really are,” Jaworski said.

The Salukis are very young compared to other teams in their conference, but Buhlman said the team has the perfect blend of young talent and experience.

“Youth can be a disadvantage, but it shoudn’t be a problem for us,” Bulmahn said, “Our coach has talked a lot about what he expects from us. Plus, we have great leadership within the team.”

The Salukis hope to surprise fans and their Missouri Valley counterparts with an outstanding year. Even if they don’t live up to the hype they have set for themselves this year, there now is undoubted confidence in the foundation being laid for Southern Illinois volleyball.

Whether or not they capitalize upon it, will be at the hands of the players and coaching staff.

Assistant Sports Editor Cole Daily can be reached at [email protected] or on Twitter at cdaily_de. To stay up to date on all your southern Illinois news, follow the Daily Egyptian on Facebook and Twitter