Eberle and Harness combine to shut down Saint Louis 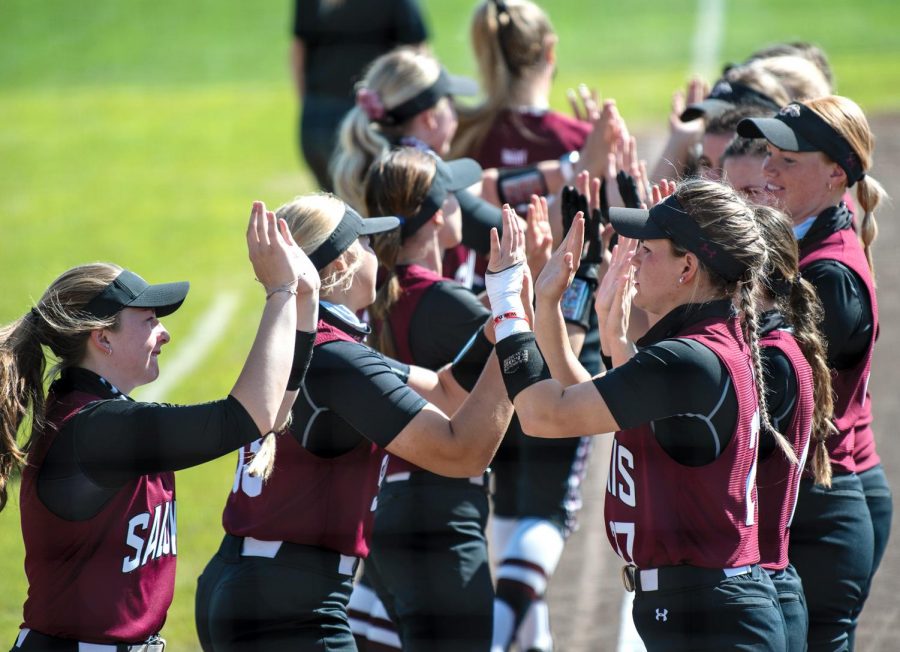 Southern Illinois (17-13) picked up its sixth win in the last seven games, as the softball team blanked the Saint Louis Billikens (14-16) at Charlotte West Stadium. The Wednesday game is the only home game scheduled for the Salukis over the first three weeks of April.

Madi Eberle started her 12th game of the season on Wednesday, but came out in the top of the second inning for injury concerns.

“Madi was off to a good start and then dove and banged the side of her hip,” interim head coach Jen Sewell said. “As a precaution we got her out of there.”

Sarah Harness got the final two outs of that inning, and then went the rest of the way to get the win, her 11th of the year. Saint Louis did not have a single base runner after the third inning.

With only five total hits given up by its two top pitchers, Southern Illinois had plenty of opportunity to capitalize on offense.

Aubree DePron led the way with three hits from the leadoff spot, coming around to score twice. The first run DePron scored broke a scoreless tie in the third, while the second opened up a three-run inning in the sixth to reach a final score of 5-0.

Ashley Wood, Jenny Jansen, and Elizabeth Warwick joined DePron in reaching first base safely at least three times. The latter two each drew two walks, and Jansen reached safely in each of her four plate appearances.

The win marks SIU’s sixth in seven games, bouncing back after tough series against Valley leaders Missouri State and Northern Iowa. Although the upcoming travel schedule may be the toughest the Salukis will face in their Valley schedule, they have a chance to keep their momentum going against opponents they are expected to beat if they want to compete for the conference title in 2022.