Sexual education then and now 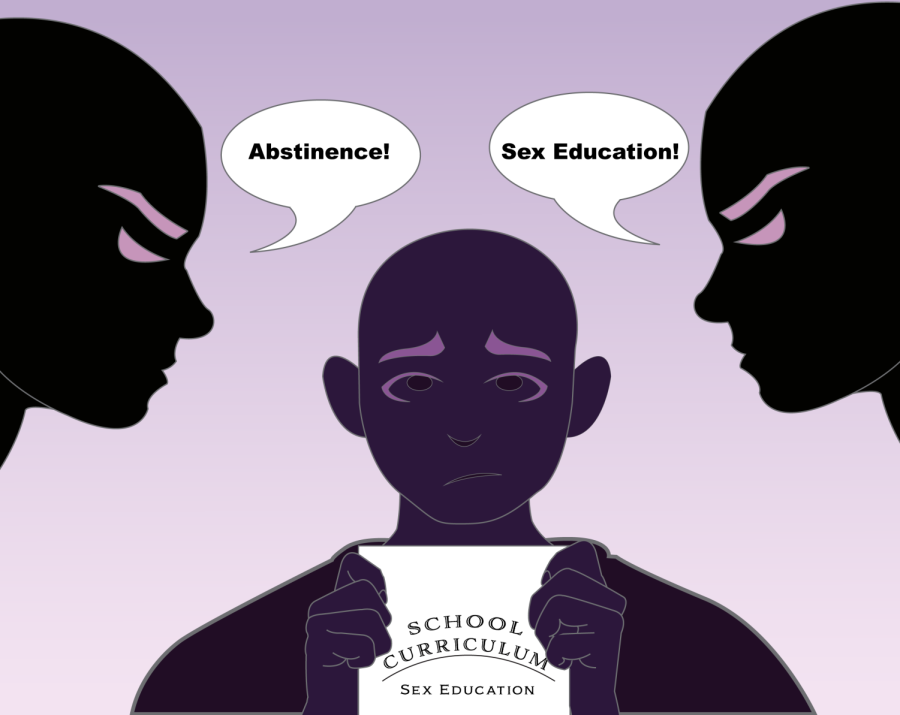 Sex education has been a hot topic since the 1900s. Some feel that sex education encourages kids to have sex at an early age, whereas others think sex education teaches children how to be responsible when having sex and know how their bodies work.

In 1981, the Adolescent Family Life Act (AFLA) was passed at the behest of the Reagan administration. This program was designed to give federal money to public and private nonprofit organizations to teach abstinence-only education, which focuses on teaching students to resist sexual urges until marriage. It does not focus on preventative measures like the use of birth control or condoms.

The program received criticism that the federal government was funneling money to religious groups to teach abstinence. The secretary of health and human services Otis Bowen, at that time was in favor of the act.

In 1987, Chan Kendrick, a concerned citizen, filed a lawsuit against the act citing that it violated the separation of church and state. The district court judge presiding over the case, Charles Richey, found  AFLA violated the Establishment Clause of the First Amendment, which prevents Congress from establishing an official religion.

In 1988, Bowen appealed the case to the Supreme Court. During the litigation, Kendrick argued the act was unconstitutional because the religious organizations in question used the federal taxes to teach abstinence-only education.

The court ruled in favor of Bowen stating that the act was not unconstitutional.

After the ruling, the Supreme Court took a deeper look to see if organizations  were using funding for educating kids on abstinence. The case was then sent back to the district court to find whether or not the organizations had been misusing funds.

AFLA and the Department of Health and Human Services reached a settlement in 1993 that placed restrictions on receiving the grants.

According to the Center for Disease Control (CDC), in 1995 chlamydia statistics in the U.S. were 477,638. Also rates were higher in western and midwestern states.

In the U.S. right now, only 29 states have made sex education mandatory.

The state of Illinois passed the Illinois Keeping Youth Safe and Health Act in 2021. This made sex education classes mandatory for grades kindergarten to 12th grade. K-5 educators  are required to teach about consent and hygiene. 6-12th grade students are required to learn about contraception, STDs, STIs, and Gender identity.

Jimmy Depew, a member of Victory Church, said while he is not against children  being told about the different changes their bodies go through, he feels they should not be taught what sex is.

“Well, now you’ve just introduced that to that child who didn’t know anything about it beforehand. So, whereas it may have taken that child years longer to come into that knowledge. Now he’s being exposed to it at an earlier age,” Depew said.

According to Depew, when children are taught about sex at a young age and they will start to become curious about it.

Depew said, while sex education teaches how to prevent certain things, like pregnancy and sexual infection, the only fool-proof way to prevent these things is abstinence.

“Science has proven that abstinence is the only 100% effective way to prevent STDs. So while we’re teaching kids in our school that this is the way to have safe sex, what we’re teaching them is here’s how to have sex,” Depew said.

Stephen Wagner, a friend of a member of Victory Church, said the focus should be on instead of teaching children about sex prevention measures, teach parents.

“I wonder if the solution wouldn’t be so much to teach the children, but to provide ways for the parents to better equip their children with that kind of information,” Wagner said.

Wagner said if parents had  information on how to prevent pregnancy, birth control, and sexual diseases they could better educate their children  about sex.

Rachelle Ridgeway, the Mental Health Coordinator in Counseling and Psychological Services said the main goal of the health and wellness center is to provide students with the resources they need to live healthy lives.

“Our goal is to provide quality, evidenced-based interdisciplinary services to promote positive health changes and prevent negative outcomes,” Ridgeway said. “We collaborate with campus and community partners to create a healthy and inclusive campus culture.”

The center partners with a variety of campus and community groups. Ridgeway said everyone should be able to have access to services that will help them stay safe when it comes to sex.

“Sexual health is an important component of [the] services offered within Student Health Services. We believe that individuals should have the right to information and resources to help make informed decisions, without shame or judgment,” Ridgeway said.

Ridgeway said the sexual health services offered are free and confidential. The Southern Illinois University (SIU) Wellness Center is not the only place to provide resources for people to stay sexual healthy. Hope Clinic offers a variety of options, including abortion services, pregnancy testing and other form of medical services for women.

Hannah Dismer, a licensed clinical social worker and the education and research coordinator for Hope Clinc, said the sex education talk she received in Missouri as a teen did not prepare her enough.

“The sexuality education I received in southern Missouri was fear-based, religiously motivated and inaccurate. This experience was very harmful to my own healthy sexual development,” Dismer said. “Fear-based abstinence-only sexuality education made me feel so shameful I did not feel I could tell anyone when I was sexually assaulted as a young teen.”

Dismar said, if parents are more willing to answer questions their children may have about sex and not only focus on abstinence only, those children will be more knowledgeable about the different aspects of sex.

Because of the negative stigma surrounding sex education and not wanting to talk about it, misinformation about sex can spread easily, Dimser said.

Sandy Pensoneau-Conway, the interim director of women and gender studies at SIU, said sex education does not only focus on how to have sex.

“Sex education doesn’t necessarily need to be about a penetrative sex act, though it certainly can and should include that,” Pensoneau-Conway said.  “It also includes issues such as consent, body autonomy, normalizing correct language for body parts, helping people to make sense of and understand themselves and others, healthy relationship building, and so on.”

According to Pensoneau-Conway, if sexual education is taught in a way that explains the body, the different changes it goes through and how to be safe, young people will not feel as ashamed to ask questions or go to people for help if they are confused.

Pensoneau-Conway said while working at Rainbow Cafe she has heard a lot about how the lack of inclusive sex education is not only detrimental to the heterosexual community, but to the LGBTQ+ community as well.

“We hear all sorts of horror stories about what is and is not taught in area schools. This is alarming because both the lack of information as a whole, and a lack of medically-accurate and culturally competent information, leads to increases in intimate partner violence, STIs, teen pregnancy rates, and harmful behavior in general,” Pensoneau-Conway said.

With new laws being passed such as the Don’t say Gay Bill preventing discussions about sexual orientation and gender identity in elementary schools, getting sex education to be taught in schools is still going to be a challenge.

“The more we take seriously the responsibility we have to provide medically-accurate, inclusive, culturally competent, comprehensive sex ed at an early age, the better our society will be,” Pensoneau-Conway said.