Black Skepticism and Medicine throughout History 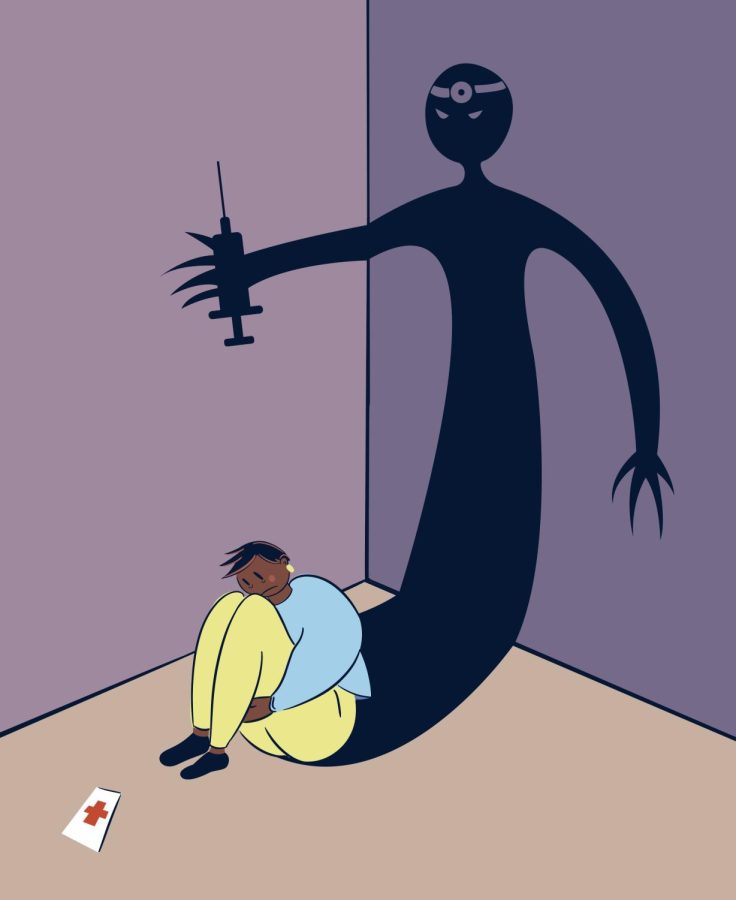 Black Skepticism and Medicine throughout History

This shield of skepticism has proven to be an effective method of protection against exploitative systems. The long history of medical exploitation of Black bodies has created a type of cynicism that unintentionally can be harmful to the health of the Black community.

Black skepticism is a tool older generation of Black Americans employed to protect themselves and their progeny long before the harsh realities of the Jim Crow era and continues into the modern era.

Throughout the early 1900s and last 1960s, there was a policy of forced sterilizations among POC women due to the significant implementation of eugenic legislation in the US.

Many people in the Black Community can also recall the history of the Tuskegee Experiments, originally called the “Tuskegee Study of Untreated Syphilis in the Negro Male” that occurred during the years of 1932 and 1972. The Tuskegee experiments were conducted by the United States Public Health Service (USPHS) and the goal was to observe the progression of syphilis in Black men. The individuals involved believed they were receiving treatment when they were receiving none at all. When penicillin was discovered to be a safe treatment for syphilis they neglected to give it to the Black men in order to continue the experiment.

Even now the Black community holds the memory of similar events against their chest as a reminder of what possible dangers hide within the practices of medicine, both young and old.

Dr. Marie-Ange Sainvilus is a Black Obstetrics & Gynecology (OB-GYN) specialist in Marion, Illinois. Sainvilus is an SIU School of Medicine alumnus that started her residency in 1997 and she has been working in OB-GYN ever since.

Much of the current practice of gynecology is built upon experimentation on enslaved Black women. This history and the continued medical racism and malpractice Black people continually face has built a mistrust between the Black community and medical healthcare.

Black women seeking treatment in gynecology are constantly faced with the issue of not having their care taken seriously. Sainvilus said many of these women lose their lives before or in childbirth due to a lack of proper care.

“The most common thing right now that is happening is the maternal mortality rate due to [preeclampsia, or] pregnancy-induced hypertension,” Sainvilus said. “There are a lot of women who have preeclampsia and it is not either recognized or treated properly.”

Sainvilus said she has some personal experience of a doctor ignoring signs of preeclampsia with her niece who was going through her first pregnancy with twins at age of 39. Everything was going fine with her pregnancy. At around 36 weeks of pregnancy, her blood pressure shot up and she had to go into the hospital to be monitored.

“If [Sainvilus’ niece] did not have an advocate and if the perinatologist did not supersede and intervene […] her blood pressure would have kept going up and either her or the babies or both might have been dead,” said Sainvilus.

Sainvilus told her niece she was sure she wouldn’t be going home that night. However, when her niece’s gynecologist came in they said that her niece would be sent home that day and induced for labor four to five days later. Luckily a perinatologist, someone who specializes in high-risk pregnancies, caught the issue and advocated for Sainvilus’ niece to be induced that day.

Sainvilus does what she can to correct any misinformation both with her patients and within her personal life. When she heard some of the beliefs some of her daughter’s friends had regarding birth control and other women’s reproductive topics, she created a zoom call in order for her to be able to converse with all of them and talk through some of the misinformation.

“I get calls a lot from different people. My children will say ‘My friend has a problem. Can she call you?’ and before I say anything, the phone is ringing and I am amazed at the misinformation that is out there, especially when it comes to contraception,” said Sainvilus.

Another modern version of Black skepticism can be seen when the COVID-19 vaccine came out. Many news outlets insinuated that minority populations would be prioritized and the reactions were mixed but there were a few reactions that stood out from the Black community.

One of the reasons that people from the Black community were hesitant about receiving the vaccine was they were afraid to be experimented on. Many people think the research is too underdeveloped and that the vaccine was created too soon despite past research on other similar coronaviruses like Middle East Respiratory Syndrome (MERS) and Severe Acute Respiratory Syndrome (SARS).

Dr. Wesley Robinson-McNeese, an SIU School of Medicine alumni and SIU System Executive Director for Diversity Initiatives at the School of Medicine said he would not be surprised to see a lot of Black individuals and people of color who felt skeptical of the vaccine during the first rollout out due to the perception of it being experimental by many.

“I think [the history between black people and medicine] effects patients or potential patients negatively even today because when you have this memory [it] gives you a little bit of hesitation about entering a system where you know the system has harmed people in the process of delivering or not delivering medical care until that makes you hold back a little bit,” Robinson-McNeese said.

Some like Robinson-McNeese and Sainvilus believe that having more Black doctors in the medical field may help the situations many Black individuals may face when receiving healthcare.

“I’ve spent a great deal of my life as an administrator in medicine, especially medical education, trying to increase the numbers of physicians from groups that are underrepresented in medicine […] because when we have physicians, who look more like their patients or are coming from backgrounds that their patients have, then patients are more likely to go to see physicians and respond positively to what they are told,” Robinson-McNeese said.

Other Black community leaders including Linda Flowers, a retired educator and current president of the Carbondale NAACP chapter, think it might be helpful but having more Black doctors won’t eliminate the skepticism or continued mistreatment facing the Black community today.

“I think part of it probably has to do with the position that Black people find themselves in from hundreds of years of being shut out of the economic, social and all of that. Some people have life struggles, putting food on the table, paying the rent, sometimes they are neglecting their health, so there is some skepticism justly so, but then there are some other factors that probably play into it as well,” Flowers said.

A healthy sense of skepticism is good to maintain when discussing medical questions and concerns, Robinson-McNeese said.

“I think that there should be an inquiry and patients should be prepared to inquire of their doctor. ‘What is this, why is this? When is this? How will it help me?’ Just all kinds of questions, the same kind of questions that you might ask if you were buying something in the store or getting your car,” Robinson-McNeese said.

Staff Photographer Dominique Martinez-Powell can be reached at [email protected]yegyptian.com. To stay up to date with all your southern Illinois news, follow the Daily Egyptian on Facebook and Twitter.