Salukis lost this semester will be given posthumous degrees 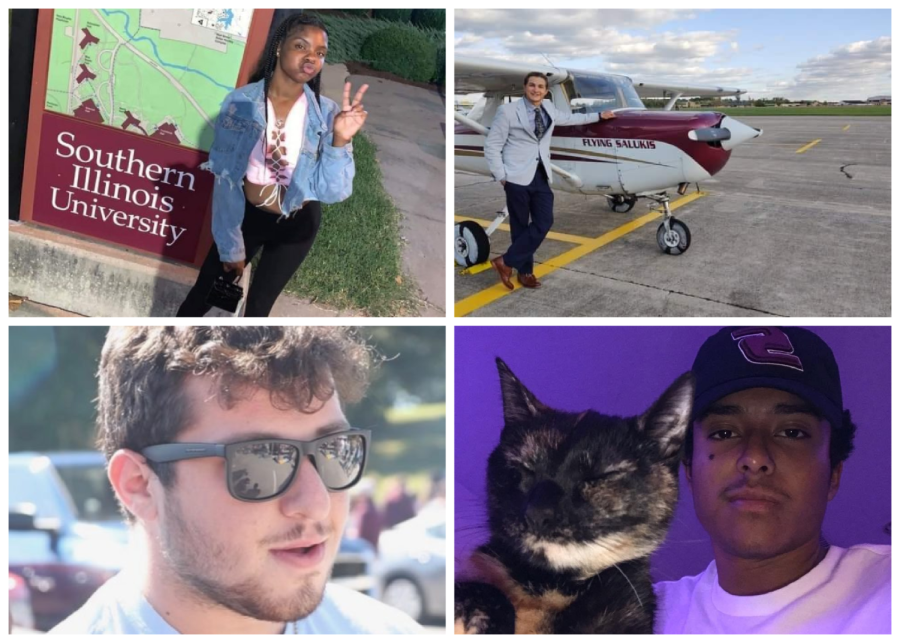 Four Salukis who died in fall semester 2021 are being awarded posthumous degrees.

Chancellor Austin Lane confirmed plans to award posthumous degrees to students who have lost their lives this semester during his presentation of plans to the school’s Board of Trustees.

Chancellor Lane presented the awarding of posthumous degrees during a meeting to recognize and pay respects to the students Southern Illinois University (SIU) has lost this semester. The degrees correspond to the majors the students were pursuing.

“We lost precious members of the Saluki family this semester,” Lane said. “Commencement reminds us of how they each had a promising future. We hope awarding the degrees to these deserving students will provide their families and friends some measure of comfort as they face the holidays without their loved ones.”

Joseph Ermel will receive a bachelor’s degree in aviation flight and aviation technology. Ermel was in his second year in the program and was an honors student. Ermel succumbed to injuries sustained during a motorcycle crash on the evening of Wed. Oct. 27.

Ermel’s mother, Aymee Zimmerman, said, “Our family is extremely grateful and humbled on behalf of Joseph that the University is honoring his education. It means so much to our Family to know that Joseph’s education will have the closure it deserves, and that his time at Southern Illinois University will have been properly acknowledged.”

Zimmerman said Ermel will be granted the degree in spring, which is a time of renewal.

Keeshanna Jackson will receive a bachelor’s degree in business management. Jackson was a first year student in the program. Jackson was shot and killed in the early morning of August 22 while attending a house party off campus.

Her friend Kaszcha Jackson said, “She was so silly and had a bubbly personality. She made everybody laugh and could brighten up anybody’s day.”

Anyone with information concerning this case should contact the FBI Springfield Office at 217-522-9675, or the Carbondale Police Department at 618-457-3200, or the Crime Stoppers anonymous tip line at 618-549-2677. You may also call your local FBI office or the nearest American Embassy or Consulate.

Jacob Jurinek will receive a bachelor’s degree in journalism. Jurinek was a third year student in the program. Jurinek was a victim of the Astroworld concert which has claimed the lives of eight people thus far.

The Astroworld event received national news coverage, sparking debate over who should be held liable for the deaths of the concertgoers.

Jurinek was active in AdLab, lead by School of Journalism and Advertising professor Bridget Lescelius.

“​​This is so bittersweet,” Lescelius said. “It’s a nice gesture by the university. And he deserves it. He was one of the most tenacious students I ‘ve ever had. He didn’t give up. He showed up. He knew you can’t get anywhere in life unless you show up. We miss his voice in class. And it is tragic that a boy on the cusp of becoming, is gone.”

Daniel Lobo will receive a bachelor’s degree in biological sciences. Lobo was a fourth year student in the program. Lobo was the victim of a road rage shooting while visiting home on Sun. Nov. 21.

Lobo’s sister, Itzel Lobo, said, “I am filled with joy that SIU has decided to award him his degree. It is well deserved and there is no doubt in my mind that he would have made a great impact in this world. Thank you.”

Dominik Faciano graduated with a bachelor’s degree in Aviation in the spring of 2021. Faciano died in a plane crash which killed two others.

Mike Burgener, interim director of SIU’s School of Aviation, said, “It’s a terrible loss to us. He was a very well-liked member of our family.”

The degrees will be presented to the families of the deceased during the school’s Commencement ceremony Saturday, December 11.