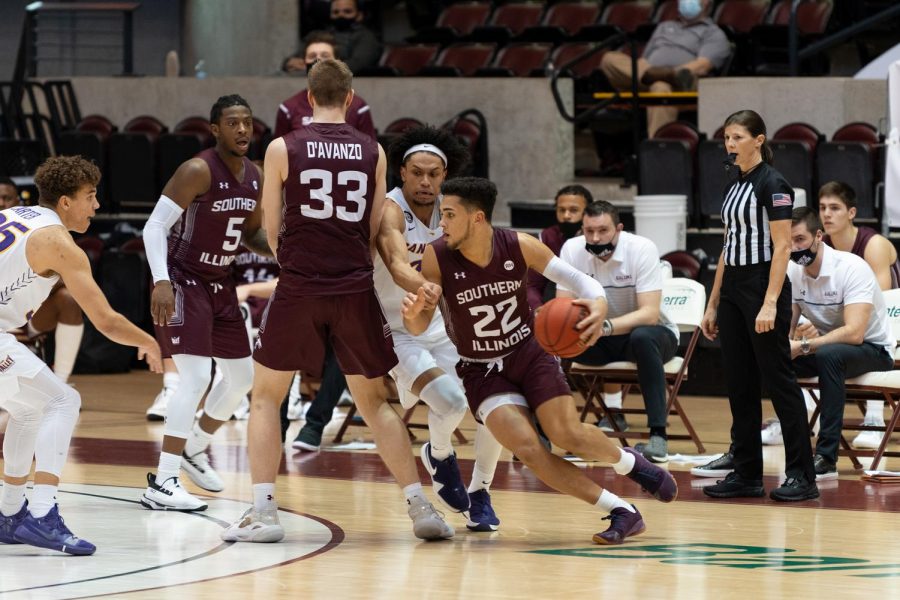 The Saluki Men’s Basketball team travelled over to the Virgin Islands this weekend for the Paradise Jam Tournament. They started off on Friday with a 67-63 win against Colorado.

The Salukis were highlighted by three double digit point players that included junior guards Steven Verplancken Jr. and Lance Jones as well as junior forward Marcus Domask. Verplancken led the team in points with 18, going 7-10 on field goals on the night, while Domask followed closely with 17 at 6-12 for field goals and Jones topped it off with 14 at 5-13 on field goals. Domask also led the team in assists with three.

Also worth mentioning was sophomore center Kyler Filewich and sophomore point guard Dalton Banks. Filewich led the team in rebounds with five total on the night, while Banks had the only steal for the Salukis on the night with one.

The Salukis had a start they would like to forget, as the Buffaloes scored 12 of the first 13 points on the night as they got to a 12-1 lead less than five minutes into the contest. However, there was some fight in these dawgs still left as they responded with a 14-2 run of their own over the next eight minutes to take the lead finally at 15-14. After another tight couple of minutes to get the score at 19-19, the Salukis finished the first half with a 8-0 run to take the lead going into halftime at 27-19.

Colorado stayed diligent through the start of the second half, inching away at the score. After getting the deficit down to 4, SIU stepped on the gas again and earned their largest lead of the night at 41-32 after a clutch three pointer by Domask at the 13:52 mark in the second half. Colorado didn’t want to give up easily though. After this, they went on an 8-2 run to bring the deficit to 43-40 in just over two minutes of game time. An SIU 7-2 run of their own brought their lead back to eight at 50-42, but Colorado continued to inch away and downed the deficit to four at 51-47 with less than seven minutes left. The teams continued to battle, sharing runs and got to an SIU lead at 60-58 with less than two minutes left, but a free throw and a dunk by Verplancken all but finished the Buffaloes off with less than 30 seconds left. SIU held on and won the game with a 67-63 final.

The Salukis will continue their Paradise Jam tournament tomorrow with a game against Northeastern on Sunday with a 7 p.m central start time.