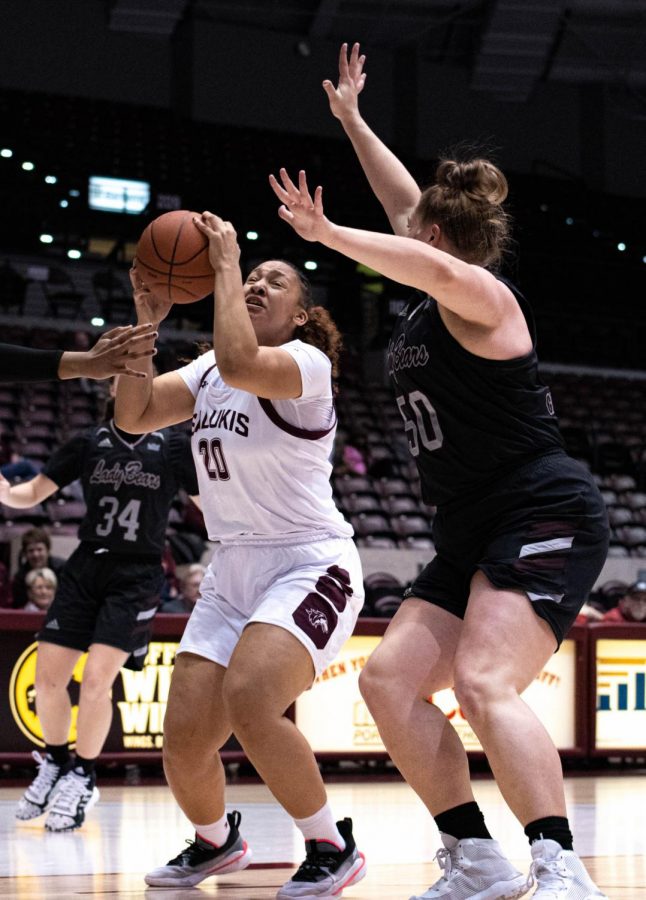 The SIU women’s basketball team (0-2) travelled to Missouri today to face the Kansas City Roos (1-1). SIU lost the matchup by a 67-46 score on the night.

Also worth mentioning was senior guard Peyton McCallister. McCallister tallied nine points for herself which would be second on the team, but went 2-11 on shooting for the night. Luckily for her, she sank all four of her free throw attempts. McCallister also put up two rebounds, two assists, and a steal on the night as well off of 26 minutes played.

The Salukis just couldn’t nail their shots on the night. It took seven tries before they finally nailed one, but the early deficit was too much to overcome for them. The Salukis got down eight points at 11-3 midway through the first, but an encouraging end to the quarter got them at 11-9 to finish the first quarter.

The third quarter went a little better for the Salukis, as they outscored the Roos 16-14 throughout and ended still down, but by a little less at 47-31.

The fourth ended up being too short of a time for the Salukis to come back from and the Roos outshot the Salukis 20-15 throughout and the Salukis just couldn’t find answers for the Roos as they went down 67-46.

The Salukis will continue their season back at home the day before Thanksgiving with their first home game of the season against IUPUI with a 12 p.m tip-off time.