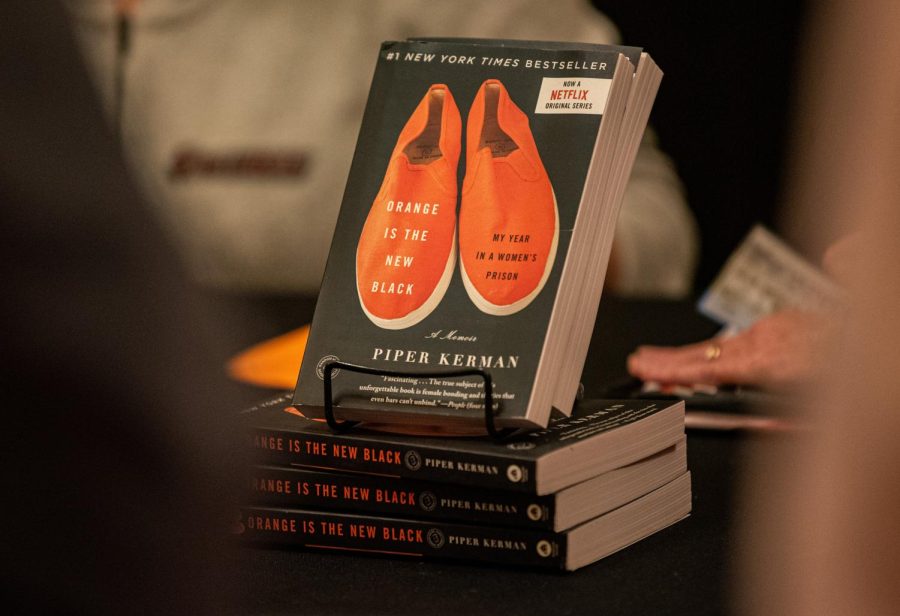 After a two year hiatus, Piper Kerman made her long awaited appearance at Shryock Auditorium as a part of the Elmer H. Johnson Criminology and Criminal Justice Lecture Series on Nov. 4.

Kerman is best known for her book, Orange is the New Black: My Year in a Women’s Prison, which was a 2013 #1 New York Times Bestseller and was later adapted into a Netflix Original Series created by Jenji Kohan.

Kerman’s book details her experiences in prison after helping her then girlfriend deliver a suitcase filled with drug money from Chicago to Brussel, Belgium.

Maggie Carpenter, one of the participants at the event and a student from John A. Logan College, said she was introduced to Kerman’s work through the Netflix show.

“It’s my favorite show, and I wanted to see her speak, because I am really interested in criminal justice,” Carpenter said Kerman highlighted the increase of women  being incarcerated.

“775%…this is the percentage increase in female incarcerations in this country since 1980,” Kerman said.

Kerman also spoke about the prison system and the ongoing issues with mass incarceration within America.

“Prison populations are driven by policy, they’re not driven by crime and crime rates,” Kerman said, “We [the United States] make policy decisions to begin responding to substance abuse disorders, to mental illness and to the behaviors that come out of the survival of trauma with cages and with jails.”

The lecture was followed by a Q&A section and a book signing.

Staff Photographer Jared Treece can be reached at [email protected] or on Twitter at @jaredtmedia.