SIU Football regroups before 2nd half of season during Bye Week 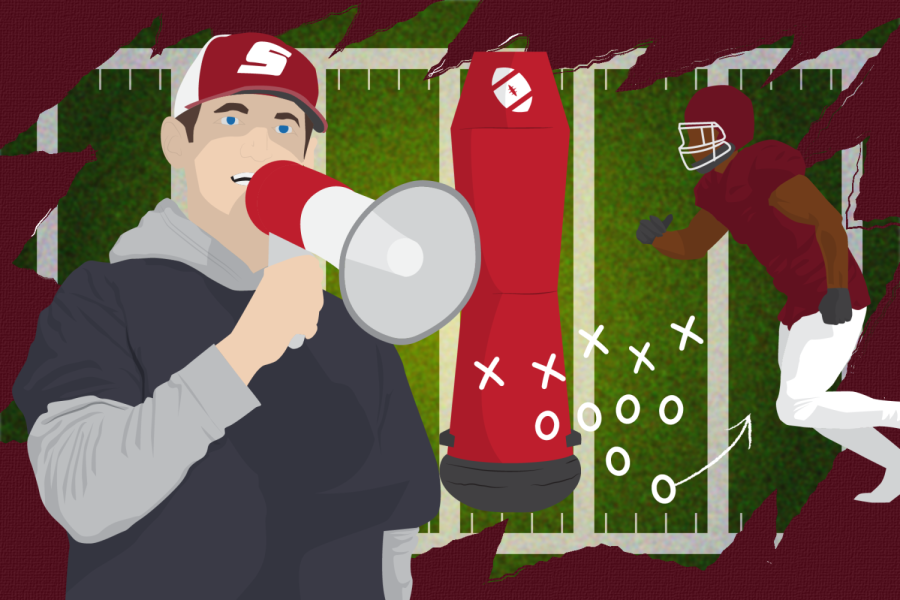 Before the Salukis next game against Northern Iowa on Oct. 30, the team gets a break with a bye week. That gives SIU the chance to catch its breath after a roller coaster of a season.

The bye will help the Salukis work out the kinks on both sides of the ball. Southern Illinois is on a five game win streak, but their last three games have been decided by a score of three points or less.

Senior safety Qua Brown said players now have the time to correct themselves.

“We just had a pretty long stretch of playing football, from fall week to these seven weeks we just played. The biggest emphasis of this week is getting back to full health and getting ready for these coming weeks,” Brown said.

In Southern Illinois’ last game, the Salukis defeated North Dakota 31-28. However, if it were not for two missed field goals in the final few drives by North Dakota’s junior kicker Brady Stevens, the story could be very different.

Head Coach Nick Hill said the Salukis are happy they squeezed by with a win during Homecoming.

“It’s a big win for us. I think our guys know we can play much cleaner and much better, but with some of that you have to give the credit to North Dakota,” Hill said.

Senior wide receiver Landon Lenoir said North Dakota came out and surprised them, but the Salukis’ resilience helped them pull out the win.

“They just had a great scheme […] I feel like we figured it out when we went into halftime, and came out and our guys made some big time plays,” Lenoir said.

However, teams are known to have struggles, and many get better after a bye week. In the National Football League last year, the Buccaneers, during   seven-time NFL champion quarterback Tom Brady’s first year with the team, were 7-5 before their bye. After their bye week, the Buccaneers went 8-0 en route to a Super Bowl victory.

Brown said the Salukis hope to have a similar outcome. The SIU football team has put a lot into improving certain areas of its game.

“Just as far as the defense, we want to make sure we’re a better tackling team, and we just want to be more dominant overall, Brown said.“We’ve figured out that a lot of the mistakes we’ve made this season are minor and fixable.”

During the bye week, Brown said, the players work on keeping themselves in shape while also getting the rest their bodies need.

“The bye week definitely helps you recover, but you don’t want to fall out of that mid-season shape. We’ve had three practices this week where we’ve gotten good work in,” Brown said.

The bye isn’t only about improving on weaknesses for the Salukis, but remaining consistent in their strengths.

“You have to have good workouts. Our strength staff will do a great job of keeping their bodies activated and going, and then we’ll get a good week of practice,” Hill said.

The bye week also allows for the players to rest physically. The long stretch of the football season can be very difficult to go through, so any break does wonders.

“For us, we just gotta rest up, get as much rest as we can, and when we come back after that Saturday night on Sunday morning, we just gotta lock in and build our momentum,” Lenoir said.

Hill said the players have deserved this rest after a good start to the season.

“We’ve went seven in a row against a pretty tough schedule, and so our guys and coaches have just been exhausted, mentally and physically,” Hill said.

A bye week can not only be physically relieving, but mentally as well. Brown said the bye week is important for his mental health.

“We don’t typically go as hard as we do on a regular game week […] we have a lot more time to relax, focus on school, and take your mind away from football,” Brown said.

The Salukis are face-to-face with the pressure they have put on themselves by going 6-1 (4-0 in the Missouri Valley Conference). The Salukis will be heavily favored in the rest of their games this season.

Lenoir said SIU is ready to step up to the pressure.

“We’ve got a long season ahead of us. We’ve got plenty more opportunities, plenty more games to complete, and we still haven’t played our best football yet,” Lenoir said.

There are four games left on the schedule for the Salukis, and Brown said they are taking one game at a time.

“We’re going to have to be very successful in these final weeks of the season. We really want to come out victorious in every one of those games,” Brown said, “We understand they’re good teams and they’re going to give us everything they have.”

For Southern Illinois football, this week is about the players. Without an opponent to play for the weekend, the Salukis can work on themselves and try to maximize their potential for the final stretch.

“We need to take a couple days here, we need to heal up, and our young guys gotta continue to get better, and we’ve gotta look at some things on some plays,”  Hill said, “It’s a great time to self-scout, how teams are taking some things away that we’re doing, how there’s some tendencies, and really go at the back half of this schedule.”