Belmont joins the Missouri Valley: What does this mean for Saluki Basketball 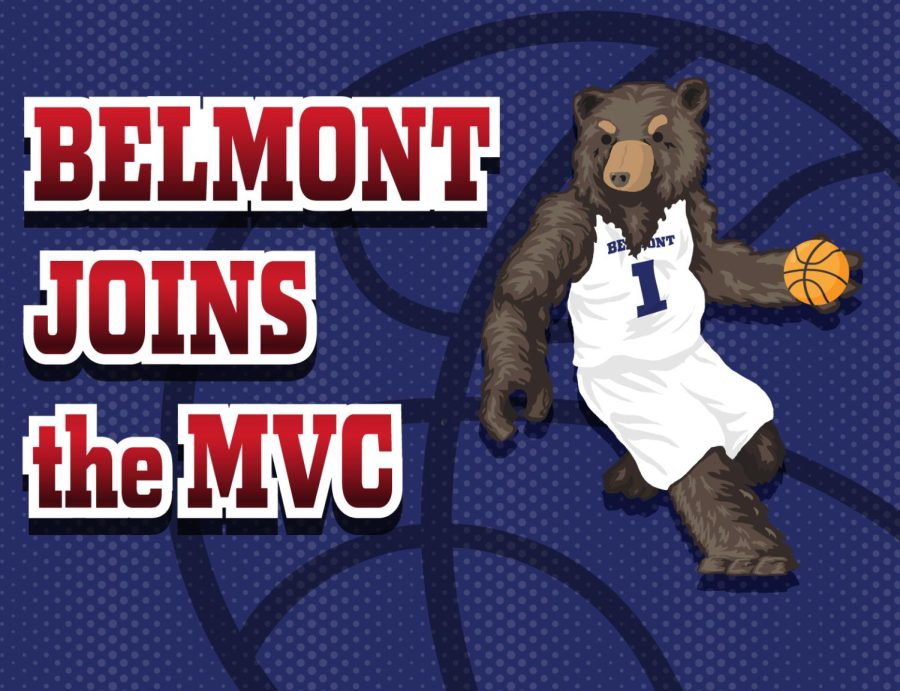 On Sept. 28, Belmont University announced they would be leaving the Ohio Valley Conference and moving to the Missouri Valley Conference effective. The university located in Nashville, Tennessee plans to make the official move in the fall of 2022.

Belmont joins the MVC after winning three OVC tournament championships in the last nine years for the men’s basketball program. The Bruins have won eight of the last nine regular-season titles.

For the women’s basketball program, they have won five OVC tournament championships in the past six years. In terms of regular-season titles, Belmont has won three of the last five in the Ohio Valley Conference.

The Bruins have made the NCAA men’s and women’s National Tournament several times in the past few years.

Senior guard Caitlin Link said she is excited about Belmont’s introduction to the Missouri Valley Conference.

“Their men’s and women’s teams are both pretty good. The MVC has always been known as a great, competitive basketball conference. So the more competition, the better,” Link said.

Junior guard Trent Brown said he and his teammates are always thrilled to face better competition and prove themselves.

“It’s going to make our schedule all the more impressive,” Brown said, “If anything it gives us a chance to play in games that mean more, and we have the opportunity to up our rankings if we win those games.”

Link agrees with Brown, that the increase of skill in the conference is always a good thing.

Despite the acknowledgment of Belmont’s success over the past couple of years, neither teams felt threatened by the Bruins according to the players.

“The Missouri Valley is already so competitive, I don’t think it will make us anymore nervous,” Link said.

“Certainly no one feels threatened. They’re just like any other great basketball team to join our conference,” Brown said.

The Bruins have sent multiple players to the NBA in the past few years. The most recent being Dylan Windler, a small forward picked 26th in the first round of the 2019 NBA Draft.

Windler is currently still in the NBA, coming off the bench for the Cleveland Cavaliers.

Brown said the team knows they can match Belmont’s talent level. They don’t feel intimidated by the Bruins’ past.

Sophomore guard Chris Cross said plenty of players on the Salukis roster have untapped potential themselves.

Link said she could foresee other teams in the conference having animosity towards Belmont their first couple years in the league.

“I definitely think they will have a target on their back next season, being the new team and all. Teams are definitely going to want to show them what the MVC is like,” Link said.

Brown said that despite the success Belmont had in the OVC, they shouldn’t expect the same in the Missouri Valley. The Bruins are not just going to walk into the MVC and have success.

“Wins come at such a premium in our conference it’s going to be tough for them to have success right out of the gate,” Brown said.

Belmont is a team that likes to move the ball and get open shots for their shooters. This can be a tough system to play against, but Brown said the Salukis will match up well against them.

“I got all the faith in the world in my team and any time we step on the court we feel like we’re going to win. In the way we space the court and the way we shoot the ball, it’s a game that could definitely go back and forth the next year,” Brown said.

Cross said the big changes throughout the Missouri Valley Conference will not affect the Salukis. No matter the opponent, the team wants to go out and win every single night.

“When it comes down to us, all we’re gonna focus on is SIU. We wanna focus on winning each game whether it’s conference or non-conference,” Cross said.

However, this could have a major impact on recruiting in the future. Brown said that it could be harder to grab recruits that want to play in the MVC from Tennessee and neighboring states.

Despite the big news, both teams are focused on their upcoming season and not on the outside distractions. Link said her team feels this is their year.

“We want to get an automatic bid to head to the NCAA tournament, and obviously in doing that, we want to win our conference tournament,” Link said, “This is the year where we have a big, veteran team and have a good freshman class coming in.”

For Brown, he said the team may have struggled last year, but the Salukis will be back this year with increased depth and an extra year under their belt.

“I think the sky’s the limit for our group this year. If we stay healthy, stay together, and lock into every game, I think we can accomplish some pretty great things,” Brown said.

The Salukis are locked in for the start of the season this winter, but both teams are also excited for a change of pace in the coming seasons.

“I think it’ll be great for the MVC to have more talent across the board […] I think it just adds more fuel to the fire in our conference and it’ll be a great move for them,” Cross said.

Belmont will be joining the MVC in all sports in the Fall of 2022. However, they don’t compete in football.

Sports Reporter Cole Daily can be reached at [email protected] stay up to date on all your southern Illinois news, follow the Daily Egyptian on Facebook and Twitter