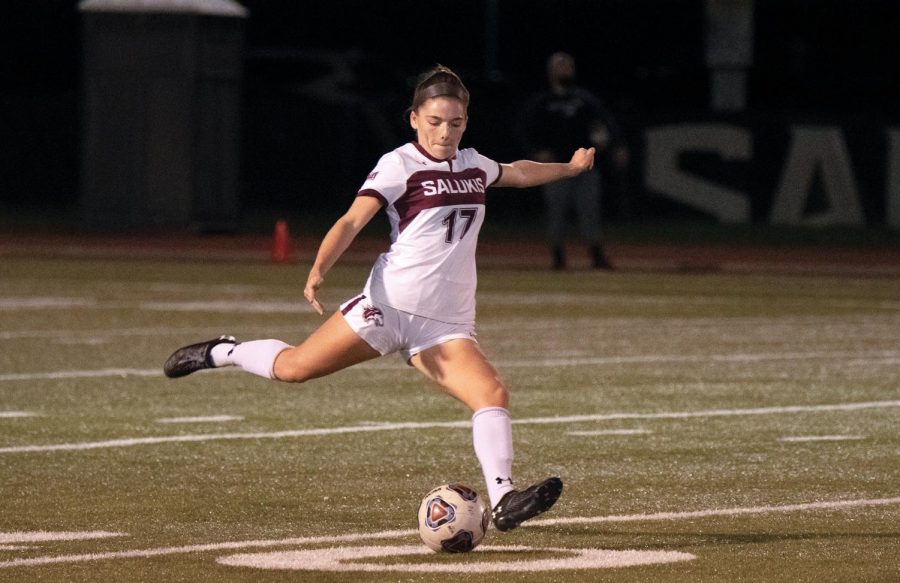 SIU was outshot by a margin of 23-5 on the day, with four of those being on goal and had eight corner kicks compared to SIU’s one. On a bright note, Loyola outfouled SIU 8-3 and SIU tallied more saves on the day at seven compared to Loyola’s four.

Headlining SIU on offense was sophomore forward McKensey Bunch, who tallied 2 shots on goal for the day. Junior midfielder Kaitlin Ducharme and freshman midfielder Ashley Scesniak tallied one shot on goal for themselves as well, while junior defender Paris Walsh had a shot that was off target.

Junior goalkeeper Maddy Alaluf was the starting goalie, she allowed five goals, but also ended up tallying seven saves total on the day.

The match’s first half started with SIU keeping Loyola off the board for the first 43 minutes of the game, even though Loyola’s offensive attack was fierce by out shooting the Salukis 10-2. However at the 43:21 mark, Loyola’s freshman midfielder, Jaimee Cibulka broke open score on a last chance shot to give Loyola the 1-0 lead going into halftime.

Coming back from half, it only took Loyola under four minutes to add onto their lead to make it 2-0. It was senior midfielder Abby Swanson this time who got the assist from junior forward Amanda Cassidy.

In the next 14 minutes, Loyola continued their March led by freshman midfielder Taylor Harrison who scored two more goals assisted by junior midfielder Megan Nemec on one and junior defenseman Olivia Knab on the other.

SIU had a prime chance to score a goal at the 73 minute mark, through a penalty kick by Bunch, however the kick was saved by senior goalkeeper Maddie Hausmann.

Loyola added to their already enormous lead with a goal at the 82 minute mark by sophomore midfielder Olivia Rhodes who was assisted by senior forward Bailey Faulkner. It was 5-0 at this point and SIU couldn’t get on the board to finish things off.

SIU will have their last road game of the season this Saturday October 23 against University of Iowa Panthers in Cedar Falls, Iowa with a 1 p.m kickoff.