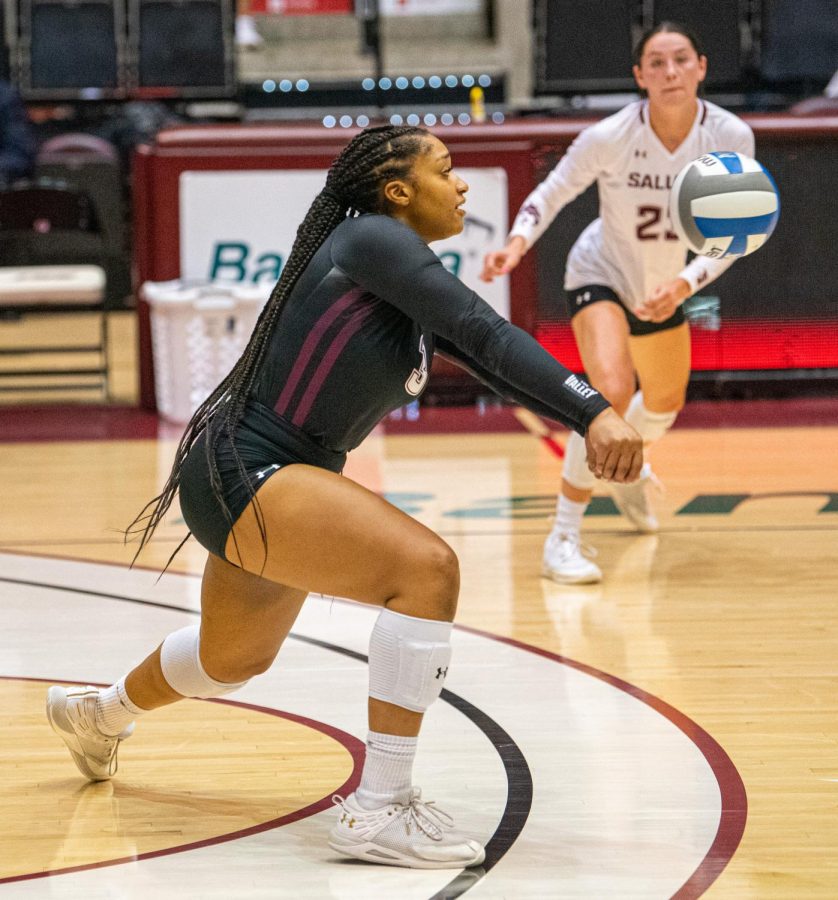 Alex Washington bumps the ball in order to set up the offense during the drive during the Salukis 3-0 win over the University of South Carolina - Upstate on Friday, Sept. 10, 2021 during the Saluki Invitational at the Banterra Center at SIU.

The Salukis battled an extremely competitive first set against the Bears, but finally pulled away with a close 25-21 win in set 1. Neither team ever led the set by more than 4 points throughout.

The Bears rallied and took set two by the same score, 25-21. Missouri State led almost all of the way besides the first point that went to SIU. A late stretch going 5-1 for points got SIU within 3 points at 23-20, but Missouri closed things out 3 points later.

The third set also went to the Bears by a score of 25-18. SIU’s 8-4 start was answered by a 16-5 run by Missouri State to take the lead at 20-13. The Bears managed to close the set out comfortably and kept their lead throughout the set.

The Salukis will look to end their 11-game losing streak by traveling to Chicago to face Loyola University on Friday Oct 22 with a 6 p.m start time.