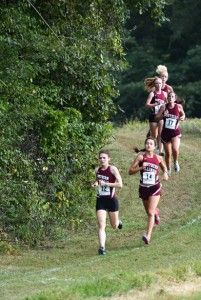 Saluki sophomores Ethan Senti and Dawson Smith both turned in top-25 performances in the Men’s Red race at the Bradley Pink Classic in Peoria, Illinois on Friday. Senior Kayla Schiera led the Salukis in the Women’s Red race, placing 34th.

Saluki cross country will next compete in the Missouri Valley Conference Championships on Oct. 29, hosted by Illinois State University in Normal, Illinois. The women’s 6K race will begin at 1 p.m. followed by the men’s 8K at 2 p.m.